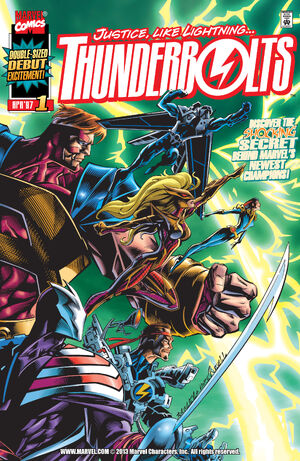 In a world without heroes, a squad of costumed crime fighters steps forward to challenge evil. But can a group of rookies with a shocking secret hope to take the place of the Fantastic Four and the Avengers? The Wrecking Crew intends to make that answer painfully obvious.

Retrieved from "https://heykidscomics.fandom.com/wiki/Thunderbolts_Vol_1_1?oldid=1737667"
Community content is available under CC-BY-SA unless otherwise noted.