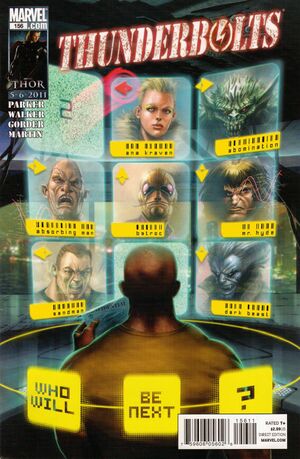 Lines are drawn and secrets are revealed as the darkl PROVING GROUND sets off. The Raft is full of action as candidates vie for selection on the second squad of Thunderbolts, BETA TEAM! The main team isn't too happy about Warden Walker's initiative to expand their ranks, but even they are curious: out of the Marvel Universe vast pool of powerhouse criminals, who will make the cut? Many are called, but in this issue few are chosen!