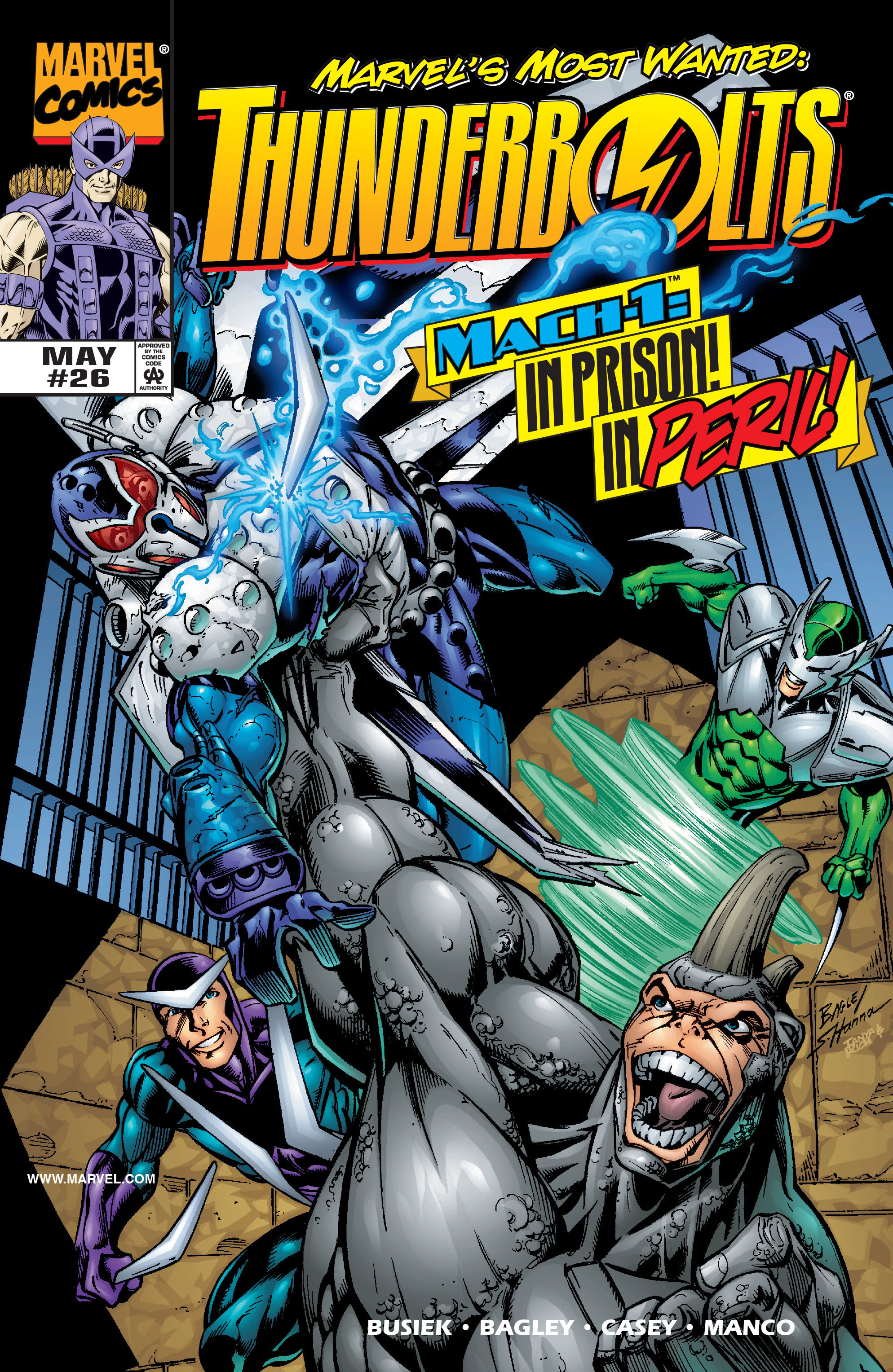 For the good of the team, he gave up his liberty to atone for his sins. Now MACH-1 is back in prison, surrounded by the super-villains who used to be his peers - and who now want him dead! Will a prison break gone awry restore his freedom - or just give the Rhino, Boomerang and Whirlwind the chance to finish him off?!

Retrieved from "https://heykidscomics.fandom.com/wiki/Thunderbolts_Vol_1_26?oldid=1729872"
Community content is available under CC-BY-SA unless otherwise noted.