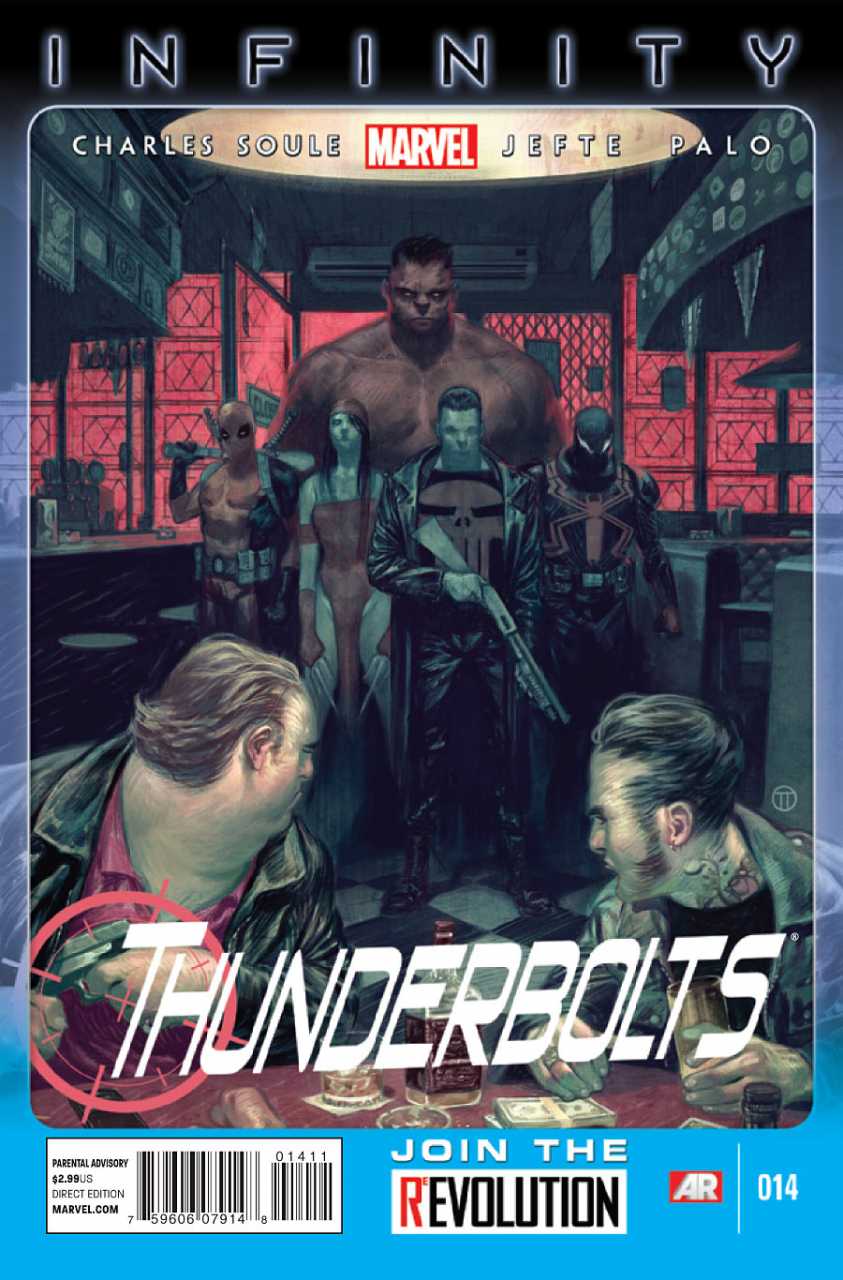 Maybe. I can't stop thinking about it. Those guys are heavy hitters. Had to be a pretty scary reason for them to all up and leave like that.

Gordon "Gordo" Nobili is the patriarch of a Maggia family known as the Nobili Crime Family and is the father of Carmen Nobili and Joseph Nobili. The Nobilis have been fighting with various rival families including the Paguro family. And he is also an Inhuman descendant.

• While the Avengers are away…the THUNDERBOLTS STRIKE!

• Can they take out all of NYC’s mafia before…anything goes wrong?

Retrieved from "https://heykidscomics.fandom.com/wiki/Thunderbolts_Vol_2_14?oldid=1482164"
Community content is available under CC-BY-SA unless otherwise noted.