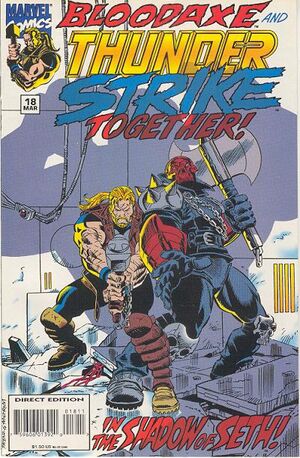 Appearing in "The Armageddon Agenda!"Edit

Synopsis for "The Armageddon Agenda!"Edit

Appearing in "The Heart of a Hero!"Edit

Synopsis for "The Heart of a Hero!"Edit

Fandral is melancholy, because it is a specific anniversary. He invites his friends over to his home to tell them the story he had never told anyone but Volstagg. Of an adventure on Earth in the land of England. Of how he saved a kingdom, met a beautiful woman, and married her. But being mortal, she eventually grew old and died. Every year on their wedding anniversary, Fandrall would travel to Earth to visit her grave, but with Odin recently forbidding all contact with Earth, he is no longer able to do so.