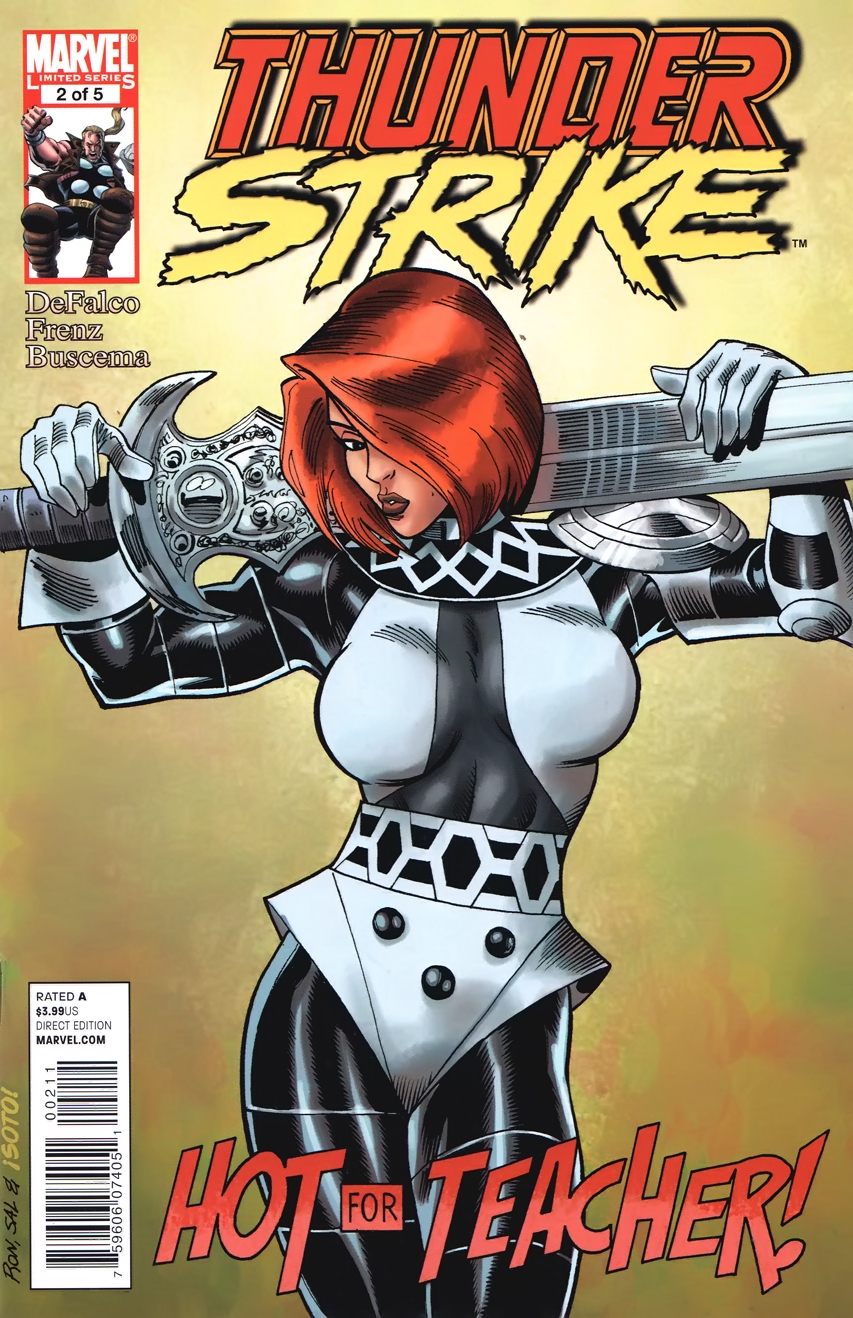 HOT FOR TEACHER! Determined to avoid the fate of the last Thunderstrike, the mace’s owner considers his options (ebay, anyone?!?) until he receives a visit from a beautiful Valkyrie who has been sent to teach him the proper way to use an Asgardian super-weapon-- knowledge that he field-tests when a mysterious collector sends a high tech strike-force to steal the mace. Featuring cameos by Steve Rogers and the Avengers.

Retrieved from "https://heykidscomics.fandom.com/wiki/Thunderstrike_Vol_2_2?oldid=1657711"
Community content is available under CC-BY-SA unless otherwise noted.