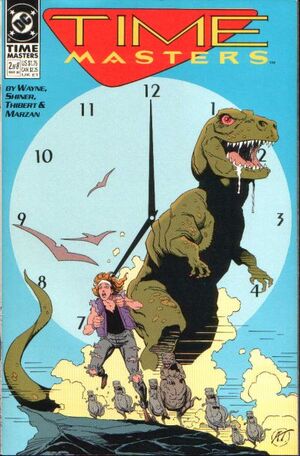 Appearing in "No Time to Live"Edit

Synopsis for "No Time to Live"Edit

A close-up of the Daily Planet newspaper shows a caption stating it was established in 1938. It also says "Sunday Edition" which may indicate the story occurs on a Sunday.

Retrieved from "https://heykidscomics.fandom.com/wiki/Time_Masters_Vol_1_2?oldid=1638065"
Community content is available under CC-BY-SA unless otherwise noted.