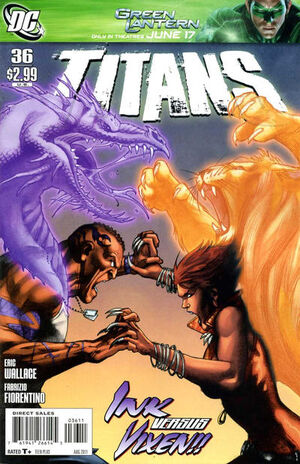 As the Tattooed Man battles Vixen, Deathstroke and The Titans finally put aside their differences to escape the telepathic madman Drago. And if they do manage to meet up with Osiris and his sister Isis, will they be able to survive the long-awaited confrontation with the JLA?

Retrieved from "https://heykidscomics.fandom.com/wiki/Titans_Vol_2_36?oldid=1711804"
Community content is available under CC-BY-SA unless otherwise noted.