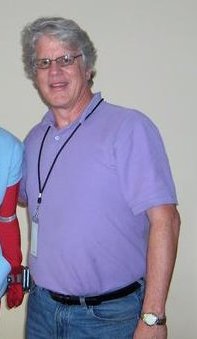 He went on to work on the first Robin limited series with writer Chuck Dixon. The series was an enormous surprise hit, prompting many reprintings of the first few issues as well as two Sequel miniseries — Robin II: Joker's Wild and Robin III: Cry of the Huntress — both of which reunited the creative team of Dixon and Lyle.[4]

Lyle's next project was The Comet for DC Comics' Impact Comics imprint, which he pencilled and plotted with writer Mark Waid contributing the scripts.[3]

At Marvel Comics, Lyle co-created the character Annex in The Amazing Spider-Man Annual #27 with writer Jack C. Harris.[5] As penciler of Spider-Man, Lyle was one of the artists on the "Maximum Carnage"[6] and "Clone Saga"[7] storylines which ran through the Spider-Man titles. Lyle's other work for Marvel included The Punisher vol. 3 with writer John Ostrander and Warlock which he wrote himself.[3]

He is also the artist on the comic Chickasaw Adventures.[8]

Since 2005, he has taught sequential art at the Savannah College of Art and Design.[9]

Retrieved from "https://heykidscomics.fandom.com/wiki/Tom_Lyle?oldid=1538950"
Community content is available under CC-BY-SA unless otherwise noted.