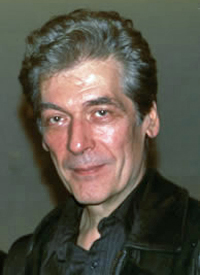 He is the father of inker/editor Tom Palmer Jr..

Although Tom Palmer has done a small amount of penciling work (as well as some cover art and some coloring, the vast majority of his artistic output since the 1960s has been as a comic book inker. Reminiscing about how he came to be an inker, Palmer recounted:

I walk in the door and pencil and[sic] issue of Doctor Strange - first job I ever penciled. At the time, I thought I did a good job, but really it was a stinker. It wasn't up to par. I went back two weeks later to get the next issue, and they said, "No, we're getting someone else to pencil it; would you like to ink it?" I said "Sure!" I'd never inked anything before! But to this day, if someone asks, "Can you handle this new assignment?" I'll say "Sure!" I may not know how to tackle that specific assignment today, but by tomorrow or next week I will.[2]

Especially noteworthy is Palmer's extensive work for Marvel Comics, including well-remembered runs paired with pencilers Neal Adams on The Avengers and Uncanny X-Men; Gene Colan, on titles such as Doctor Strange, Daredevil, and Tomb of Dracula; and John Buscema, on the The Avengers. He also inked the entire run of John Byrne's X-Men: The Hidden Years.

Palmer is widely considered the definitive inker for Gene Colan, whose use of grey textures made his pencils notoriously difficult to ink in a way that did them justice.[3] However, Palmer considers it a mystery that they were so often paired together, since Colan says that publishers never answered his requests to be paired with a specific inker:[2] "I think the way we both worked in the business, we had a book to get out every month, bills to pay, and somehow we were put together as a team. We could have been forgotten and ignored, and we'd not be sitting here today. But somehow, I think, the fans have brought us to this point of recognition."[4]

Over the course of his career, Palmer has won several awards, including the 1969 Alley Award for Best Inking Artist. Palmer was also named the #3 Inker of American Comics by Atlas Comics.[5]

Palmer's son Tom Palmer, Jr. is a comic book professional who was an editor for DC Comics.[6]