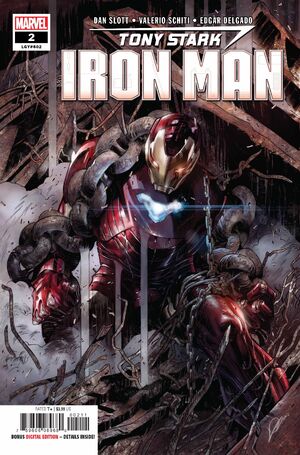 Look, I can't be in those suits anymore, Tony. They're like coffins to me. But this? A little room to breathe. My hands on the controls. Makes me feel like a pilot again. I should have told you sooner. About everything.

• Tony has been holding back an enormous secret since his return, and there’s only one person on Earth he’d trust it with: James Rhodes. This will change everything.

• A strange new development for Jocasta, the return of the Gauntlet and the arrival of Tony Stark’s new rival, Sunset Bain. All this and the power of the Manticore, the most powerful assault vehicle in the Marvel Universe!