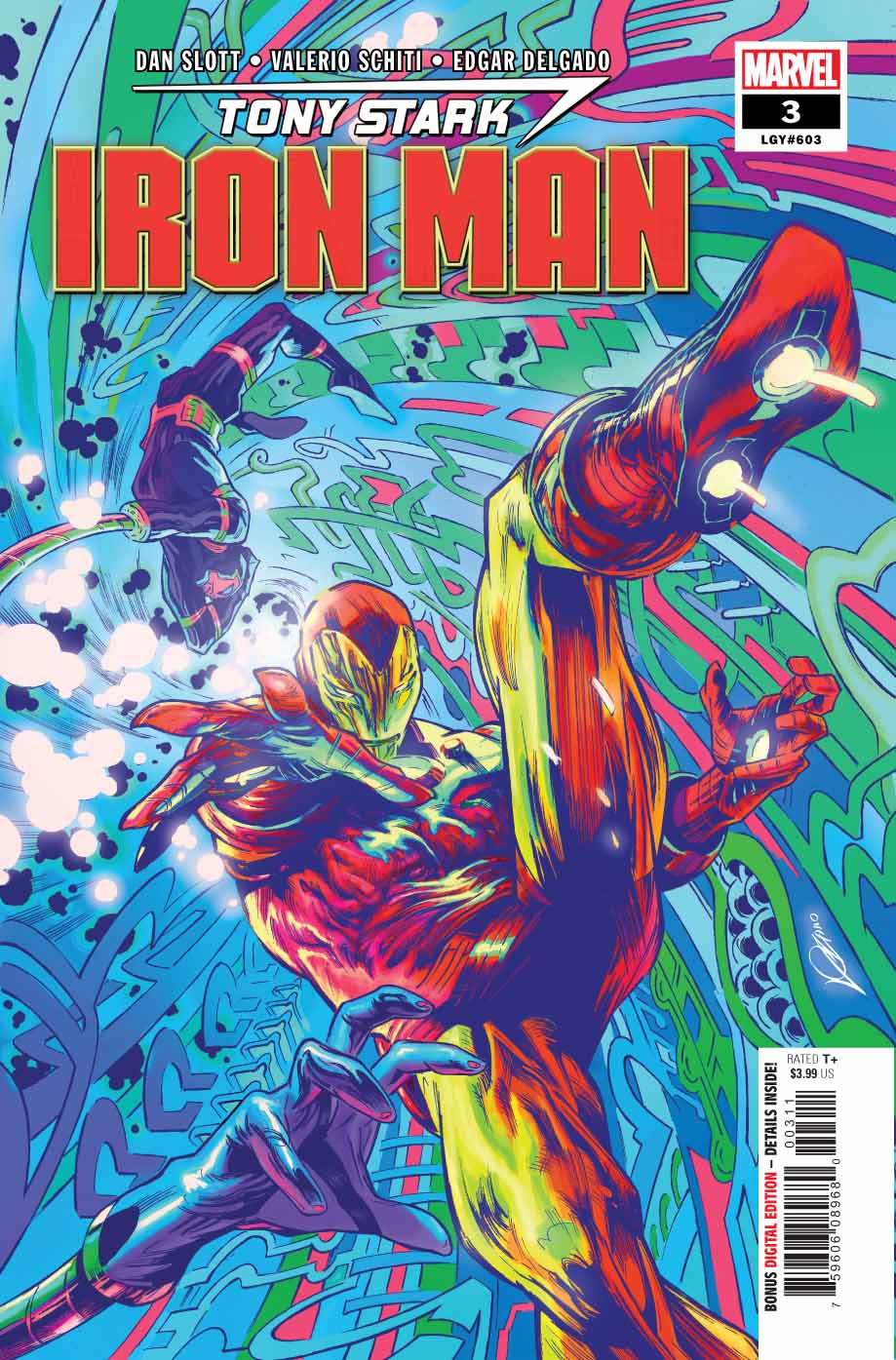 Rhodey's the only one I've told this to, but... I need to be honest about it. Especially with you. A while back, I erased my brain, and then digitally reinstalled it from a backup. And recently, I re-engineered my entire body, cell by cell. I think in doing that, something real in me might be gone. I don't know if... Do I still have a soul?

• When TONY STARK unveils his latest innovation, the Great eScape, AARON STACK realizes what it will mean for all the artificial life-forms of the Marvel Universe... blue checks or DEATH!

• Also in this issue: A new development for JOCASTA. ANDY dates a single mom (no, really, this is important). And that classic Iron Man villain you’ve been talking about since the first issue? Theyyyyy’re back. Mwahaha!

Retrieved from "https://heykidscomics.fandom.com/wiki/Tony_Stark:_Iron_Man_Vol_1_3?oldid=1677010"
Community content is available under CC-BY-SA unless otherwise noted.