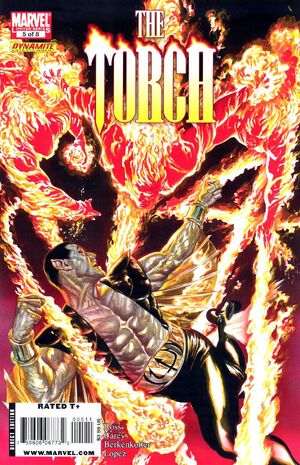 Between New York and the living death that is Compound D stand three Torches - Jim Hammond, Toro and Johnny Storm. But with both Namor and the Mad Thinker raised against them, they'll have their work cut out just trying to survive. And the price of victory may be higher than they ever expected...

Retrieved from "https://heykidscomics.fandom.com/wiki/Torch_Vol_1_5?oldid=1723664"
Community content is available under CC-BY-SA unless otherwise noted.