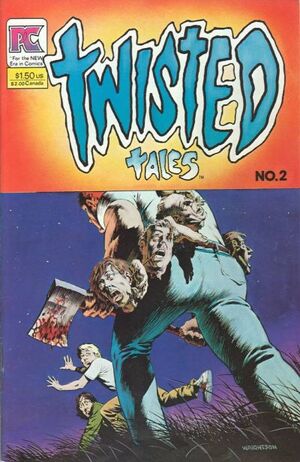 Appearing in "Over His Head"Edit

Synopsis for "Over His Head"Edit

1 of 4
Add photo
A lonely janitor fantasizes a doll he has found in his apartment is his girlfriend. She asks him for things and he picks up doll furniture from a thrift shop. When he offers to marry her, she laughs at him and he drowns her in the apartment's fish tank. He fantasizes the police will be looking for him so he decides he should weight down the corpse. He dives for the body and when he locates it he gets tangled in her hair. When a policeman and his landlady open up his apartment, they find he has drown himself in the fishtank.

This is a story of the tribulations of a child's set of army men.

A country father makes his slut of a teenage daughter have an abortion so he can marry her off to the only local rich guy. She doesn't want to marry him so she visits the swamp witch who gave her the potion to induce the abortion with three of her boyfriends. The witch informs her that the potion removed the child from her womb and mixed with swamp water to produce a deformity that she has been raising. She warns them to leave the hut but one of the boys peeks in back and the creature rips his head off. It kills the other two while it pursues its mother into the church where they are beginning the ceremony. She backs against the door in terror as the monster thuds against it and she begins to laugh insanely when her father asks if she has brought a guest.

A couple of demons disguised as a young man and his girlfriend trick a cabby into driving so fast he loses control of the car under the pretext of having sex in the backseat. They collect his soul from the wreckage.

Retrieved from "https://heykidscomics.fandom.com/wiki/Twisted_Tales_Vol_1_2?oldid=109680"
Community content is available under CC-BY-SA unless otherwise noted.