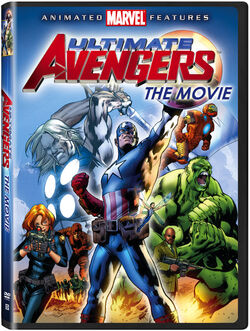 In the last days of World War II in the European Theatre, Steve Rogers, a U.S. soldier, known as Captain America due to being enhanced with the "Super-Soldier Serum", prevents a missile launch by Nazis, which are soon revealed to be shape-shifting extraterrestrials led by one taking the form of SS officer Herr Kleiser. The missile explosion, however, knocks Rogers out and he falls into the icy waters of the North Atlantic, presumed dead. 70 years later, Captain America is found and revived by a S.H.I.E.L.D. team led by General Nick Fury. Bruce Banner and his ex-girlfriend Betty Ross lead a team of government scientists working to recreate the Super-Soldier Serum in order to try and stop the real power that backed the Nazis - the alien Chitauri. Banner thinks the Super-Soldier Serum is the key to him controlling the Hulk, and he secretly uses his blood to try to create a cure, instead of using candidates that had been selected for the rebirth procedure.

A Chitauri attack on a S.H.I.E.L.D. satellite designed to track the alien ships forces Fury's superiors to order the implementation of "Project Avenger", creating a team of superhumans. Fury tries to recruit - with mixed success - Ant-Man (a scientist who had been redacted from S.H.I.E.L.D), Wasp (Ant-Man's wife), Iron Man/Tony Stark (an industrialist playboy), Thor (whose claims to be the genuine Norse deity are not widely accepted) and Black Widow, a S.H.I.E.L.D. agent. After several setbacks, including a botched mission that led to almost the entire team quitting, the heroes unite to fight the Chitauri. Although successful, the team must then fight an out of control Hulk, after Banner tried his new serum, releasing his alter ego for the battle against the Chitauri. The team managed to eventually distract the Hulk long enough for Betty to calm him, and Banner is then incarcerated. Later they celebrate the Avengers sucsess.