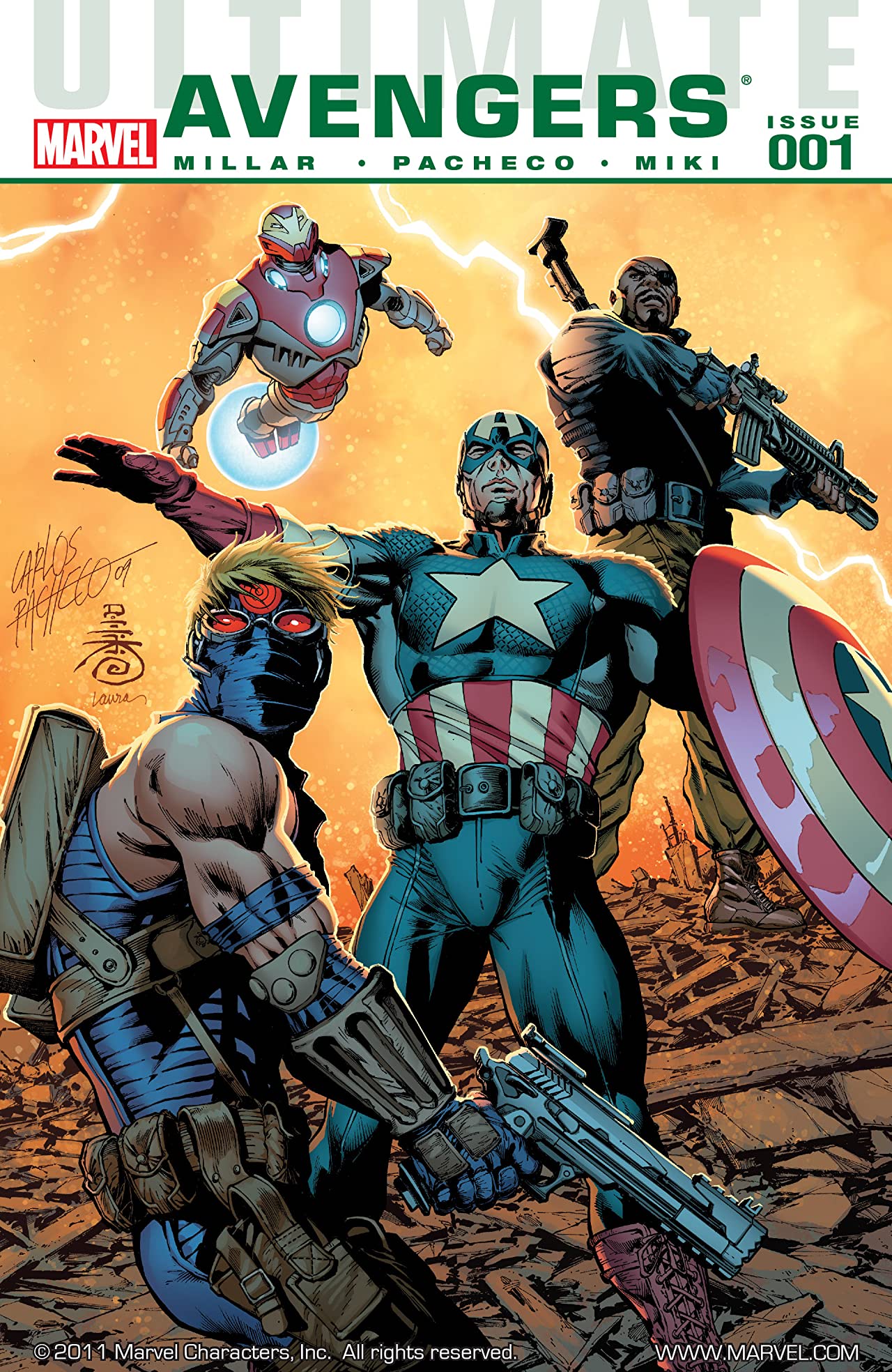 He said he's my son.

Appearing in "The Next Generation (Part I)"Edit

Synopsis for "The Next Generation (Part I)"Edit

Three weeks after the events of Ultimatum, Nick Fury and Hawkeye discuss the current situation outside of the damaged Triskelion. Hawkeye tells Fury that Captain America has gone rogue after learning the truth about the Red Skull. A flashback to one day earlier shows that Captain America and Hawkeye had been fighting a group of A.I.M. terrorists, who had just raided the Baxter Building of powerful technology. They defeat a majority of the terrorists until Captain America encounters the Red Skull, who, after severely beating him, whispers something in his ear and then throws him out of a helicopter. Hawkeye jumps to his rescue as the A.I.M terrorists escape with the stolen technology. Captain America then reveals that the Red Skull claims to be his son.

Retrieved from "https://heykidscomics.fandom.com/wiki/Ultimate_Comics_Avengers_Vol_1_1?oldid=1465365"
Community content is available under CC-BY-SA unless otherwise noted.