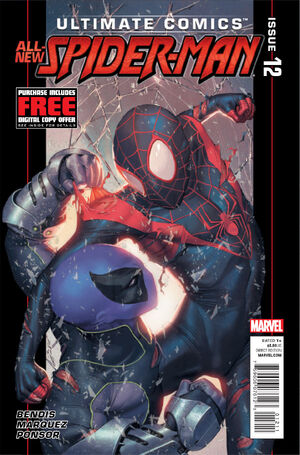 I am not Peter Parker. But who is he? This I do not know.

Guess what? That ain't Peter Parker!! But it is Peter’s worst nightmare. Someone has taken Peter’s place in the world, his likeness, his everything, and he is—well—he is doing some damage! You won’t believe the mayhem that goes down in this issue! Join superstars BRIAN MICHAEL BENDIS (SIEGE, AVENGERS) and DAVID LAFUENTE (X-MEN, PATSY WALKER) as Peter battles the ultimate threat!