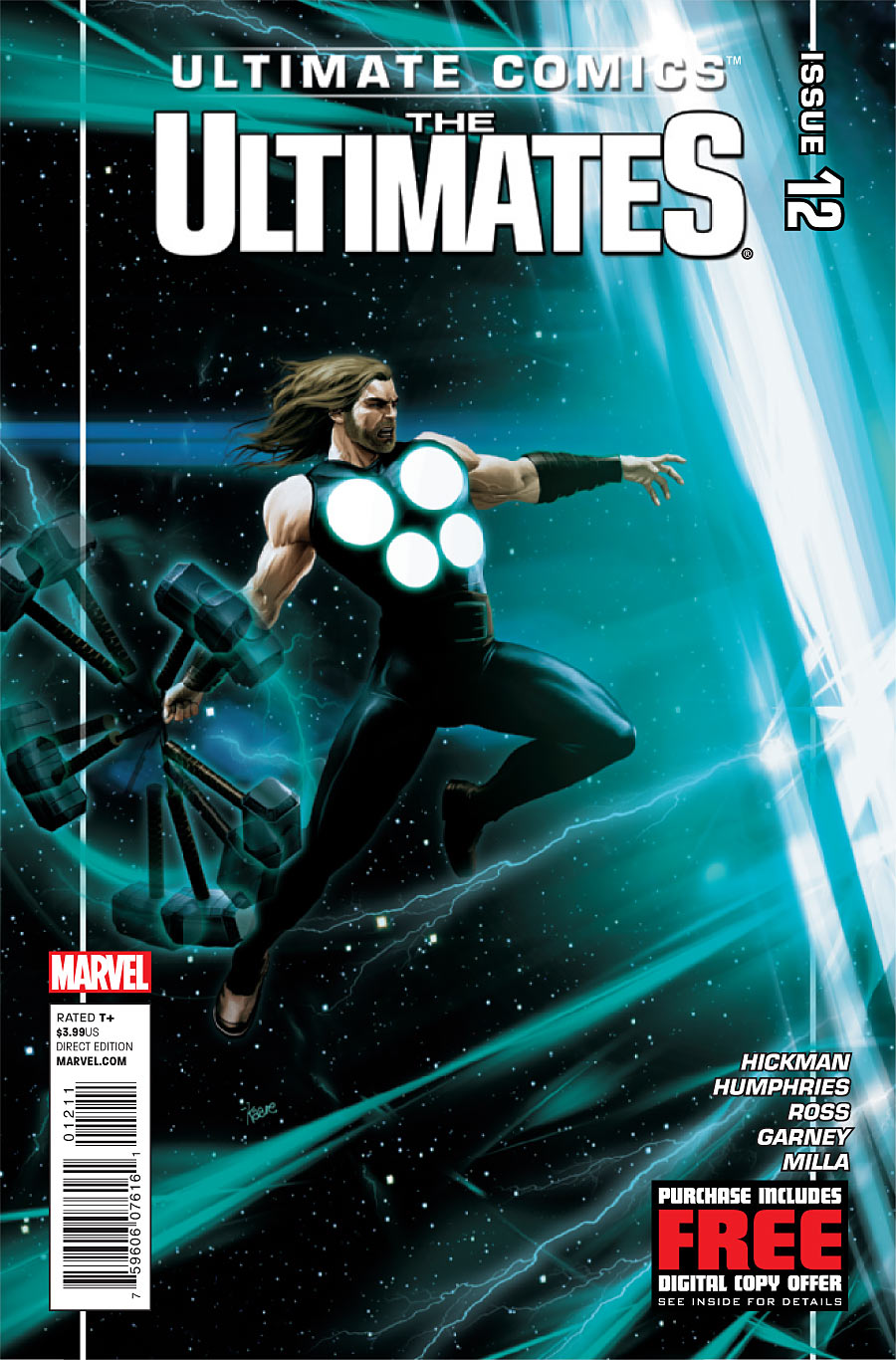 Hello! I'm Anthony. You're the bad man that killed everyone!

Tony Stark is held captive in the Dome, getting tested for threats and anomalies. They detect his brain tumor, but Tony says he's grown fond of it and would rather not have it removed - he's even named it Anthony. Despite the Hulk shouting threats in his face, Tony keeps up his good humor. At the central Dome, the boy from Tony's hallucinations - Anthony - is talking to City, attempting to befriend it.

Reed asks Tony for any last words before he dissects him in the name of science, Tony tells him he is under arrest and lists his crimes. City goes unresponsive as a huge Iron Man-like robot self-assembles from the machines of the City and grabs Reed. He shouts for City to defend the Dome, and it finally replies that it cannot; along with "Anthony" it has reasoned that Reed has broken their ideals by acting out violence as he has done, it declares him unfit to be their leader. They will give their Maker into American custody in exchange for harmonious co-existence.

Desperately, Reed injects the Hulk with giant-man serum and Hulk smashes the huge Iron Man. In the meantime, "Anthony" has disabled the City's defenses and calls for Sue Storm and Thor - "hurricane". A flashback reveals Tony explaining the nature of his secret weapon; instead of removing his latest brain tumor, he found it was conscious and able to interface with technology. Knowing Reed wouldn't be looking for "sentient malignancies with techkinesis" he devised the plan to drop himself into the City.

Susan and Thor attack, quickly knocking out the Hulk. Reed declares he still loves Susan, but she explains that after much guilt, she is over it. She captures Reed in a force field bubble. Thor tells Tony he must return to the destroyed Asgard. "Anthony" asks Tony if he did okay and he replies; "Yeah, you did great, son."

In Alaska, a mysterious stranger is buying supplies at a gas station. The TV in the shop tells of the chaos in the States, now spreading across the borders.

• How will Tony Stark survive the City without Iron Man?

• Plus: the fate of Nick Fury!

Retrieved from "https://heykidscomics.fandom.com/wiki/Ultimate_Comics_Ultimates_Vol_1_12?oldid=1512133"
Community content is available under CC-BY-SA unless otherwise noted.