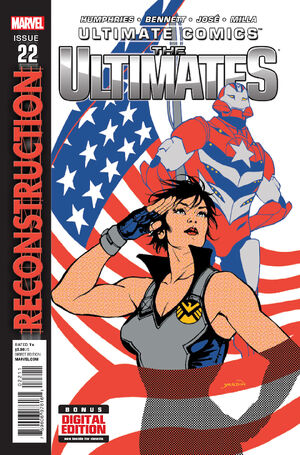 So I started hitting things and then I was no longer bored.

Appearing in "Reconstruction: Part 4 of 6"Edit

• WHO ARE THE WEST COAST ULTIMATES?

• A new wave of superheroes makes their debut!

Retrieved from "https://heykidscomics.fandom.com/wiki/Ultimate_Comics_Ultimates_Vol_1_22?oldid=1465505"
Community content is available under CC-BY-SA unless otherwise noted.