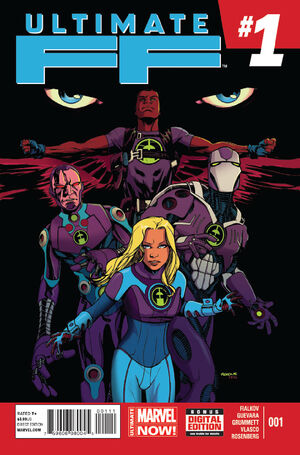 • The Future Foundation is all that stands between us and COMPLETE AND UTTER DOOM.

• A mysterious new member will join their ranks, whether they like it or not. Hint: They will not.

Retrieved from "https://heykidscomics.fandom.com/wiki/Ultimate_FF_Vol_1_1?oldid=1523522"
Community content is available under CC-BY-SA unless otherwise noted.