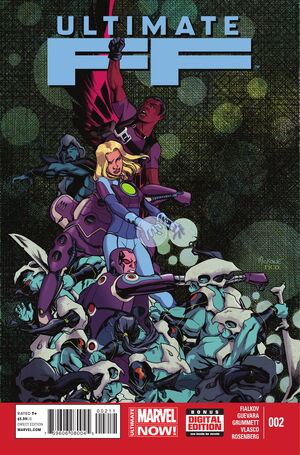 Appearing in "Palace of the Brine: Part 1"Edit

• A lavish vacation spot for the super-rich suddenly goes dark, with hundreds missing...

• Meanwhile, the truth of the team’s mysterious fourth member spells doom for another member of the team!

Retrieved from "https://heykidscomics.fandom.com/wiki/Ultimate_FF_Vol_1_2?oldid=1461831"
Community content is available under CC-BY-SA unless otherwise noted.