Part of the 'The coming of Gah Lak Tus' event 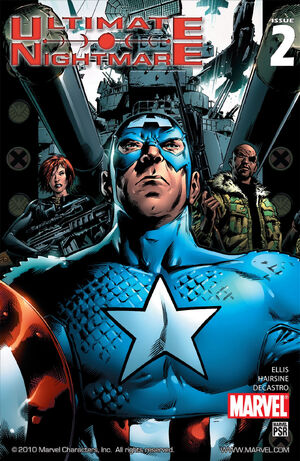 Transmit all findings back to the Triskelion. Prep the chopper for drop. Saddle up, boys and girls.

THIS SUMMER'S ULTIMATE BLOCKBUSTER! 'NIGHTMARE' PART 2 (OF 5) In Tunguska Russia, teams led by Charles Xavier and Nick Fury appear in an area rife with mutations and--far, far more. Neither team is aware of the other's existence, but something very bizarre is about to occur.

Retrieved from "https://heykidscomics.fandom.com/wiki/Ultimate_Nightmare_Vol_1_2?oldid=1528734"
Community content is available under CC-BY-SA unless otherwise noted.