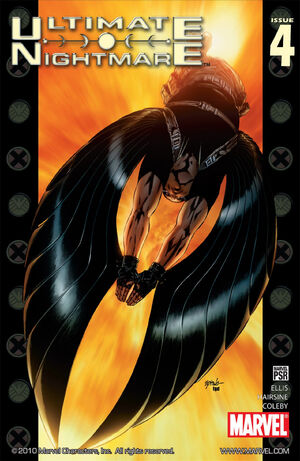 While walking through the catacombs of the Tunguska bunker, Captain America learns through Black Widow's translation that the creature they fought was part of a Russian super soldier program to combat Captain America. As they venture further, they are ambushed by a creature with many hands breaking through the floor. Nick Fury's team take their places, defending themselves against the experiment. After defeating the creature, they move towards an area to better their signal. They soon come across a super soldier who has been waiting forty years to fight Captain America. While this Russian version does not have the same equipment as America, he makes due with his own creations.

Elsewhere in the bunker, the X-Men discover a separate group of creatures. Colossus attempts to reason with one of the creatures, thinking he will get a better understanding of their situation. It does not take long for the experiment to turn on the X-Men, giving them the reason to fight back. Jean is upset that they came down here to save who ever is sending the nightmare signal, but Wolverine is still the same killing mutant he always was. Jean sends out a psychic wave, taking out the enemies in the room. After this forceful attack, Wolverine notices the blood seeping out of Jean's ears. As the X-Men get closer to nightmare source, Jean becomes worse, all the pent up emotions against Wolverine start to come out. There is only one door separating the X-Men from the source and Colossus just broke through.

Retrieved from "https://heykidscomics.fandom.com/wiki/Ultimate_Nightmare_Vol_1_4?oldid=1461873"
Community content is available under CC-BY-SA unless otherwise noted.