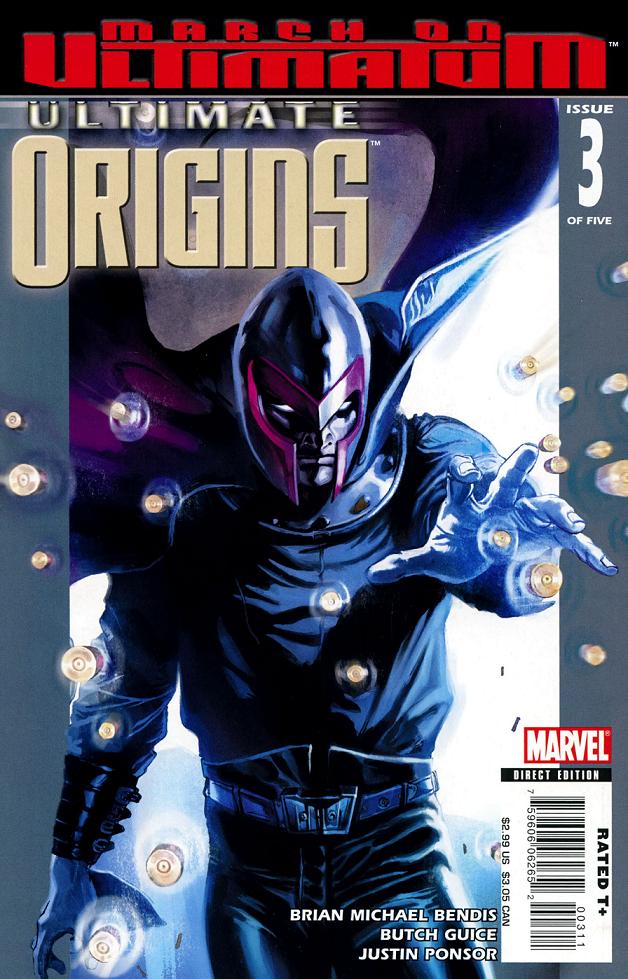 Okay, I want that thing in there removed!! Like, from the planet!!

The Fantastic Four and S.H.I.E.L.D. continue to analyze the recently discovered Monolith at Project Pegasus. Director Carol Danvers is worried that this leftover relic from World War II might be a bomb and wants it moved off-planet. Without warning, the device activates. People from across the globe become aware that something tremendous is about to happen.

27 years ago
Erik Lehnsherr breaks into the Weapon X facility and frees James Howlett from captivity. His mother tries to stop him, but Erik refuses to be cowed. As a result, he is forced to take his mother's life.

18 years ago
Erik Lehnsherr meets Charles Xavier for the first time at a symposium in San Francisco. Charles recognizes that Erik is a mutant, but cannot understand why his thoughts are shielded from him. Lehnsherr tells Charles that he has read his book and that he shares his dream about creating a safe haven for mutants. Further, he feels that he can help make Xavier's dream a reality.

16 years ago
Lehnsherr brings Xavier to a strange, hidden world known as the Savage Land. It is here that Lehnsherr has begun assembling his mutant loyalists. Xavier tells him that his goal was to help integrate mutants into human society, not isolate them. In a showy display of power, Lehnsherr uses images from Xavier's mind to craft a giant mutant citadel in the heart of the Savage Land.

Retrieved from "https://heykidscomics.fandom.com/wiki/Ultimate_Origins_Vol_1_3?oldid=1461878"
Community content is available under CC-BY-SA unless otherwise noted.