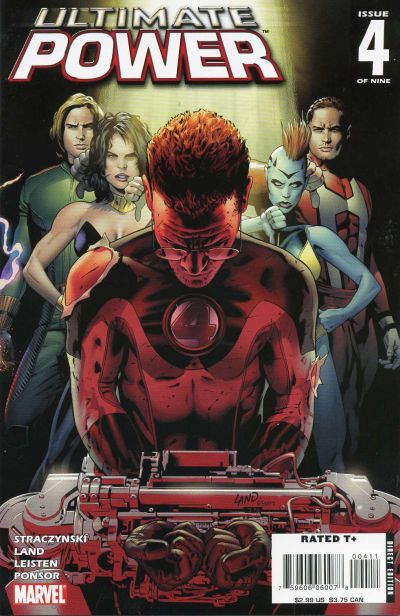 The combined forces of S.H.I.E.L.D., the X-Men, the Ultimates, the Fantastic Four, and Spider-Man board a S.H.I.E.L.D Helicarrier. Thor generates a portal with Mjolnir and traces the signature of the Squadron Supreme towards the Earth-31916.

In the Earth-31916, an intense yet distraught Reed busily studies samples of the organism, in the face of mounting pressure from the rising civilian body count and the mocking comments of Dr. Emil Burbank, who asks Reed what it feels like to be compared to Stalin and Hitler. Reed confesses that he knows nothing about the organism or how to stop it.

On the S.H.I.E.L.D. Helicarrier, Shadowcat searches for Nick Fury, who isn't responding to his pages. She phases through a wall and overhears Nick Fury converse with an unseen conspirator about how Richards cannot examine any of his probes, hinting that Fury and the unseen conspirator are keeping something from the Ultimates. Fury finally leaves and returns to the Ultimates, unaware that Kitty has been listening to him.

Hyperion, floating high above Earth's orbit, observes the Helicarrier's arrival and charges in, only to meet a battle-ready Thor.

Retrieved from "https://heykidscomics.fandom.com/wiki/Ultimate_Power_Vol_1_4?oldid=1519449"
Community content is available under CC-BY-SA unless otherwise noted.