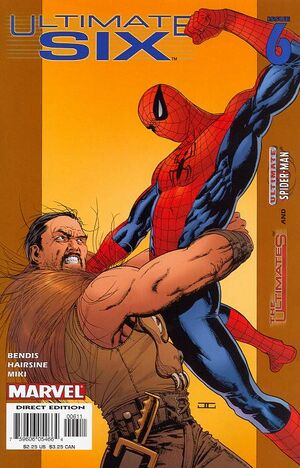 You need to stop. You have to stop.

Thor vs Electro. Captain America vs Green Goblin. Wasp vs Doctor Octopus. Iron Man vs Sandman. Black Widow vs Kraven. Spider-man just stands there, not knowing what to do. Osborn throws Peter at Captain America, and Peter and Cap meet their match against each other, as Peter, unsure, fights Captain America. Cap confirms that they have May Parker in protective custody. Peter is now aware that Osborn's threats were fake. Peter then punches Osborn in the face, throwing Osborn feet in the air, and then plummeting to the ground. Octavius throws Peter into the Oval Office. Wasp files as fast as she can, and flies right into Octavius' mouth, dropping him. Octavius: Down. Kraven enters the Oval Office, and starts threatening Parker. A spark of electricity from the Thor/Electro fight electrocutes Kraven, taking him down. Kraven: Down. Iron Man is being crushed by Sandman. Iron Man blasts Sandman with his genetic sequence, in the head. Sandman explodes. Sandman: Down. Captain America fights The Green Goblin. The fight is interrupted by Norman's son, Harry, who tells Norman to stop this fight. Norman stars, unsure of what to do.

Retrieved from "https://heykidscomics.fandom.com/wiki/Ultimate_Six_Vol_1_6?oldid=1461925"
Community content is available under CC-BY-SA unless otherwise noted.