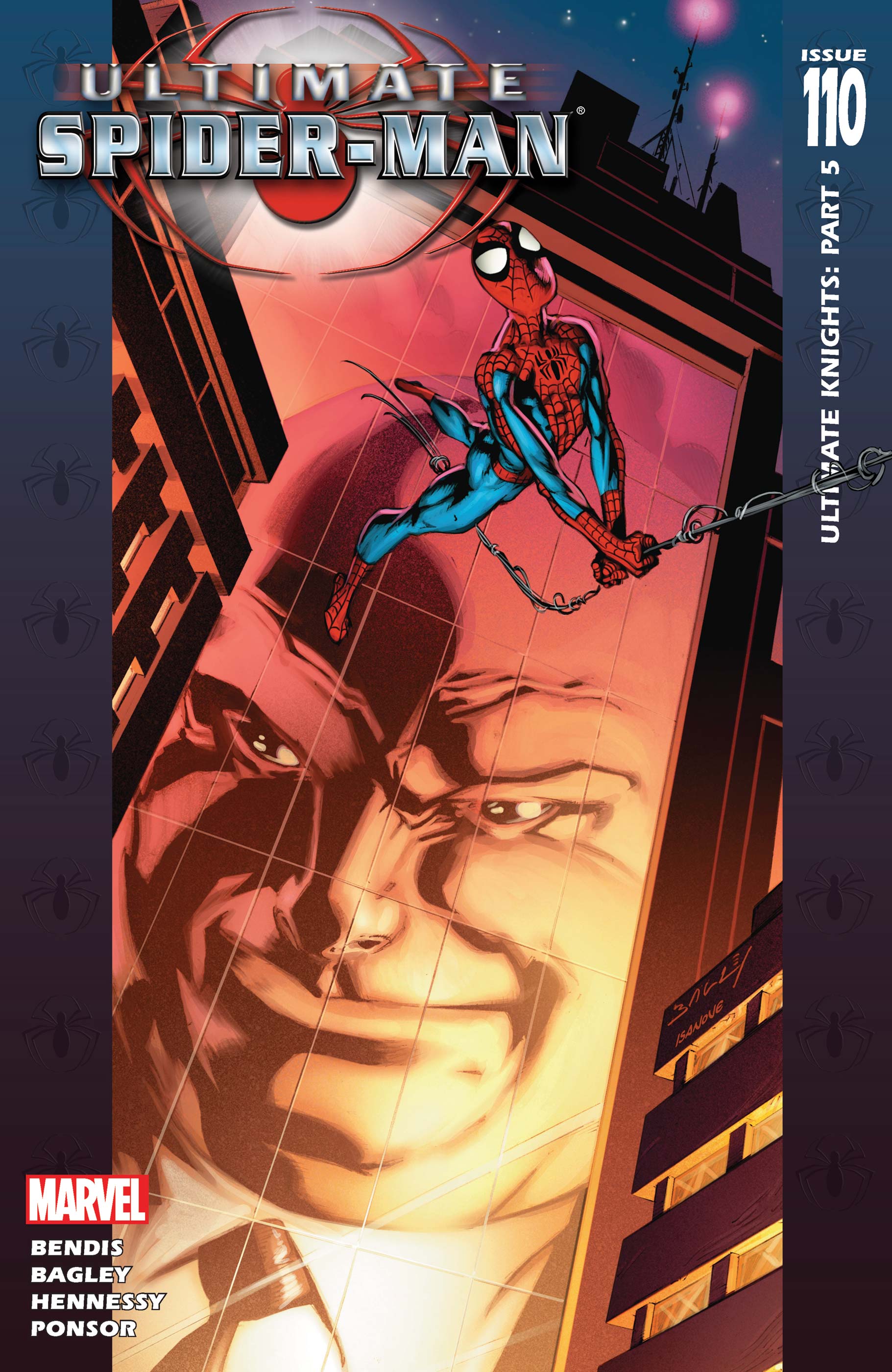 I'm a big fan of yours. You know that. And I hate this fat tub of fatty with every fiber of my being... and I am telling you... if you do this, it's over. You can't take it back.

The Kingpin's men take Ronin/Moon Knight out to the riverbed and shoot him in the head, leaving him for dead. One of the assassins expresses his delight at killing a costumed vigilante.

Elsewhere, Daredevil begins fighting with Iron Fist whom he just learned sold the Knights out to the Kingpin. Iron Fist explains that the Kingpin threatened to harm his daughter unless he cooperated with him. Doctor Strange breaks the two up. Shang-Chi in particular is enraged at the fact that his close friend betrayed him. Iron Fist's guilt causes him to settle down, and he tells the others, "So kill me. Beat me up. I won't stop you".

Later, Iron Fist goes to the Kingpin's penthouse and reports his failings. As he continues talking, he reveals that he is really only there to keep the Kingpin distracted. The Kingpin realizes that Daredevil is going after his wife, Vanessa.

To complicate the Kingpin's life even further, Moon Knight turns out to be alive. He stumbles to a police station and gives a statement implicating the Kingpin in his attempted murder.

The Kingpin is arrested and taken to prison to await arraignment. He threatens to get revenge against those responsible for his arrest, specifically Spider-Man.

At the end of the issue, each members of the Knights unofficially disbanded, and ends with Peter Parker somberly walking by a store endorsing Spider-Man products.

Retrieved from "https://heykidscomics.fandom.com/wiki/Ultimate_Spider-Man_Vol_1_110?oldid=1462133"
Community content is available under CC-BY-SA unless otherwise noted.