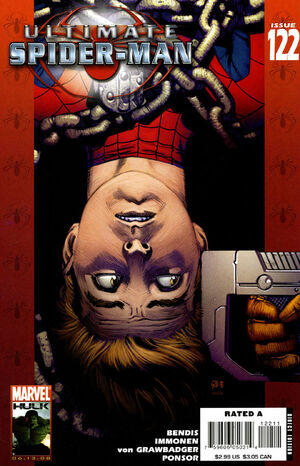 Appearing in "The Worst Day In Peter Parker's Life"Edit

The worst day in Peter Parker’s life! Spider-Man has been defeated and kidnapped! Wait till you see who did what the Green Goblin, the Kingpin and Doctor Octopus couldn't do! And can Kitty Pryde and Mary Jane team up to save him in time?

Retrieved from "https://heykidscomics.fandom.com/wiki/Ultimate_Spider-Man_Vol_1_122?oldid=1462157"
Community content is available under CC-BY-SA unless otherwise noted.