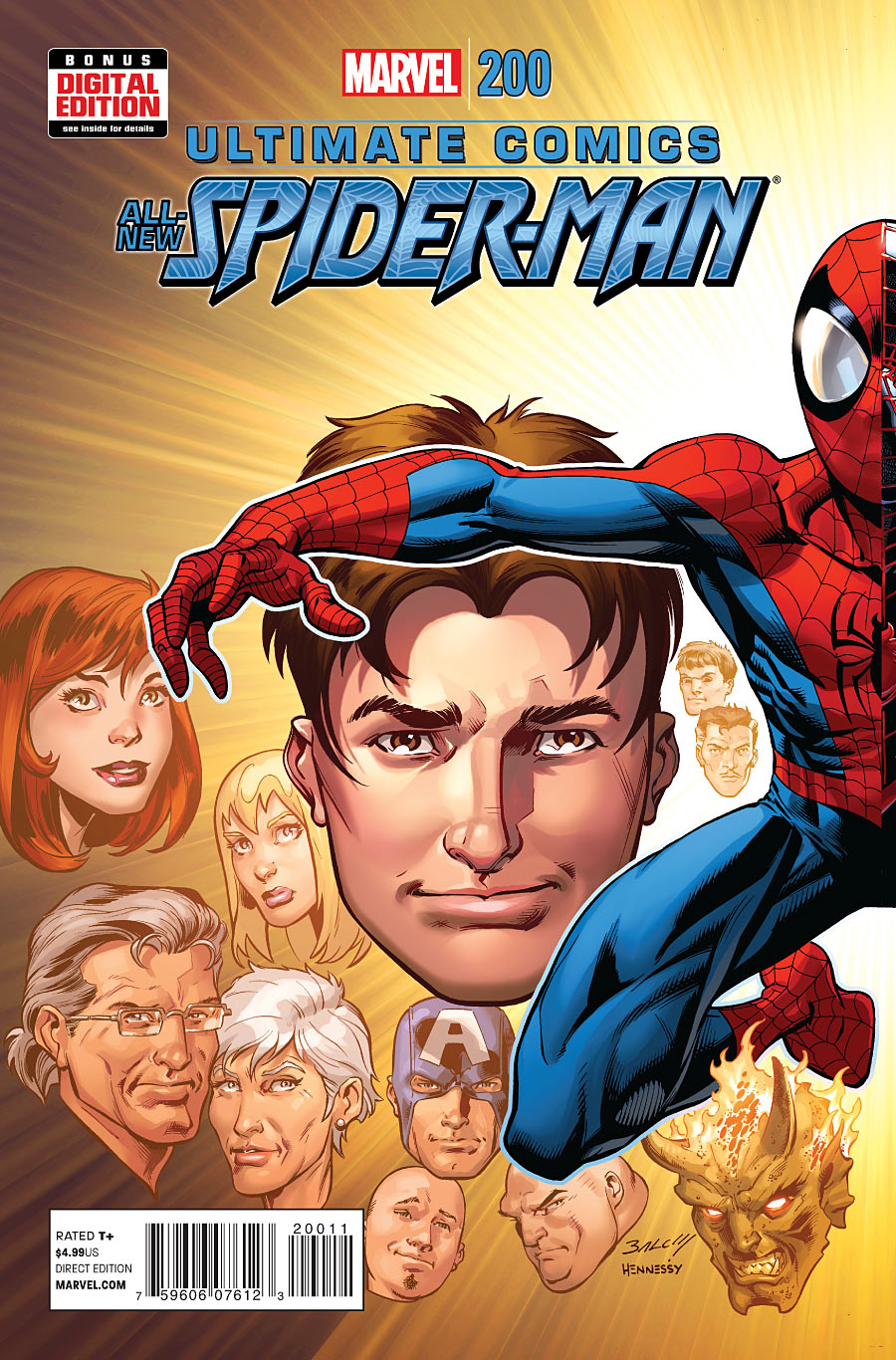 Does anybody-- this is going to sound weird... does anybody else ever, like, think about what Peter would be like if he was still alive?

Exactly two years have passed since the greatest hero of all - Peter Parker - met his fate, sacrificing himself for the rest of the world. In order to commemorate the life cut too short that he was forced to live, Aunt May decides to plan a small get-together amongst the people closest to her late nephew in the house they once lived in, and sends the invitations out.

Miles Morales and Ganke get to the house on bus when Miles notices a small present Ganke has with him. He asks what it is, and finally gets Ganke to say that it is a Lego set that he intends to give to Gwen Stacy. Miles immediately protests, claiming he is too old for Legos and too young for Gwen, but Ganke is confident that nothing will go wrong. Mary Jane arrives at the house later and simply stands out in front of it. Her new boyfriend, Liam, asks what is wrong, and she says she has just realized that this is an important event, and that he probably shouldn't come. He agrees with her, kisses her on the cheek, and leaves. As MJ goes inside, it becomes clear by her expression that she does not like Liam and still desires Peter. Meanwhile, Firestar is going over to the get-together when Iceman sees her and stops her. Firestar says she somewhat does not want to go, since Peter's demise makes her sad. They go together when the Human Torch sees them and goes along with them. Due to the fire powers of two of the three, Iceman starts to melt and falls to the pavement below, though he says "I'm okay"!

As Miles and Ganke come into the house, Miles hugs May and talks with her a bit by saying that he feels weird being here considering that he never knew Peter personally, looking at Ganke the whole time. Ganke goes over to Gwen and gives her the present, saying that he saw they both liked something while screwing around on Facebook (what exactly it is is not revealed), and subsequently made the Lego for her. To everyone's shock, she kisses Ganke on the lips and takes it up to display it in her room while being congratulated by Bobby. The doorbell rings, and May opens it to find Pepper Potts outside. Apparently, Tony Stark was not able to make it to the get-together, but subsequently has delivered countless culinary items from a top chef in exchange, much to May's overwhelment. As everyone just stares at the food, the doorbell rings again, and Kitty Pryde comes in. She hugs Miles, and everyone talks about how she just received the Presidential Medal of Freedom. Gwen is relieved, as her defeating Galactus might mean that mutants finally get the credit they deserve, although Liz and Johnny are less sure. Kong then arrives, and Kitty immediately goes to talk to him. The others comment on how they haven't seen him in so long. J. Jonah Jameson then arrives, but immediately regrets coming and decides to head back to the city.

After finally finishing the meal, and awkward silence comes upon everyone. Mary Jane decides to bring up what Peter would be like if he was still alive. She decides to bring up a very vivid dream that she had involving such a scenario. After talking about her run-in with Nick Fury, she mentions how she imagines him being the best superhero in existence, leading the Ultimates 10 to 15 years from now. Aunt May mentions that he may go back to science like his parents, but probably not. Instead he would merge the two loves, creating new ways to fight crime for both the police and superheroism, kind of like Tony Stark. Gwen thinks a similar road, but he will stay at the Daily Bugle, so that he can be more vocal about his crimes. Miles imagines him being labeled a sidekick, but doesn't say it out loud. He then says that he did not know Peter all that well, but imagined that if Peter hadn't been his inspiration for becoming the next Spider-Man, that he will either be a sidekick, a teammate, possibly under a different alias, and various other things, all stemming from the mainstream counterpart he did meet. Kitty Pryde, meanwhile, has a crazy thing involving Peter getting married to her and various other romantic things she still obsesses about, but obviously does not state it out loud. Bobby says that the superheroes Peter befriended in his life would go on to become the new Ultimates, and they will become really, really, really big superheroes, almost like celebrities. Gwen finally decides that they must do one good deed in Peter's honor. Johnny wants a back rub, but everyone declines. Miles sees the food, and decides to give all the leftover food to a homeless shelter, which they do.

Everyone says goodbye to each other later and leaves. But while this is going on, someone that looks a lot like Peter is hiding in the bushes watching them...

• One of the biggest surprise endings of the year!

Retrieved from "https://heykidscomics.fandom.com/wiki/Ultimate_Spider-Man_Vol_1_200?oldid=1504166"
Community content is available under CC-BY-SA unless otherwise noted.