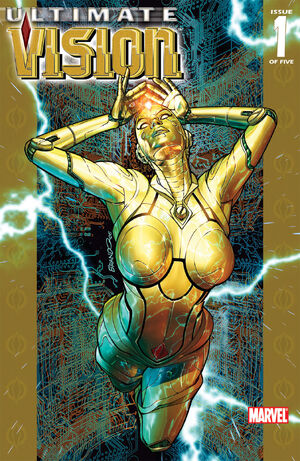 Why do I always fall for the wrong kind of woman?

After witnessing Gah Lak Tus's defeat and retreat from Earth, Vision prepares to leave the planet to warn other worlds of the devourer's approach. She has one last moment with Sam Wilson for working together before blasting off into space. As she flies out of Earth' orbit, a space station observes her and release a transmission to her which greatly concerns Vision, bringing her attention to the station and coming there. She phase through into the station's command room and confront the commander of the station who release the transmission, who introduce himself to Vision as Doctor George Tarleton of A.I.M.. He claims that he wanted to meet her at the Triskelion, but wasn't "invited" due to his work on the station known as Kailasa Station. Despite Vision's insistence to know where the source of the transmission, Tarleton gives her a tour of Kailasa which he explains to her that it serves as a floating laboratory and it's peeople had been working isolated from the world to devotedly improve humankind. Ranging from advance biology to coming close to creating the first "psionic internet. Vision then notice a girl, whom Tarleton unsympathetically tells her that the girl's name is Dima who was a byproduct of an experiment that grow intelligent life from extended-polymer plastic. But up to a point her IQ stalled at age six and her limits remained that way, which Tarleton and A.I.M. considered Dima a failure. Although, Vision develops a bond with the inorganic girl.

Vision shares her distaste to Tarleton, noting that from spending among time with the people she help fought Gah Lak Tus cared greatly about humanity, and that the doctor doesn't remind her of them. She again want to know the transmission which greatly fears her. Tarleton condescend to her, and reveals her to a capture, damaged Gah Lak Tus module. Tarleton explains to Vision it was founded inert after the rest of the swarm retreated, thus removed from the Gah Lak Tus command grid it can't think for itself. He also explains that the transmission that Vision received was a recording design to bring her to his organization, as they need her help to interface the module's CPU so that their scientists can analyze it. Allowing them to understand it's protocols and could possibly send Gah Lak Tus the command to self-destruct. Vision, however, warns Tarleton that this is dangerous as the being is too strong and is afraid to do so after witnessed what it did to the worlds it devours. In response, Tarleton argues that he will take the risk in which he proves his determination by showing his body being part cybernetic, as the result of his risk to "advance man's knowledge." Vision in turn will consider the offer.

Vision carefully thinks back to the atrocities committed by Gah Lak Tus, realizing that the only things she had done as the worlds that were being devour were watch and record. She agrees to Tarleton's offer in which she is connected to the module's CPU. The module's AI begins to probe Vision's system in which Tarleton had planned this happen as it is transferring it's data into her. Vision breaks away from her connection, accusing Tarleton to control the module. Tarleton admit and had the module blasting Vision. He then reveals his next plan to send a message to A.I.M. Northern Hub with the words: "Game On."

Retrieved from "https://heykidscomics.fandom.com/wiki/Ultimate_Vision_Vol_1_1?oldid=1462207"
Community content is available under CC-BY-SA unless otherwise noted.