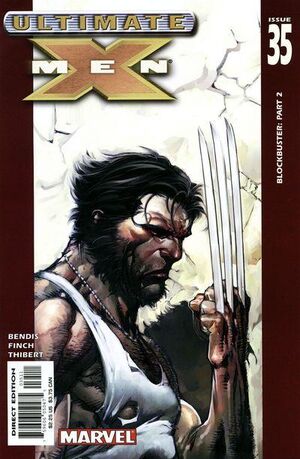 A series of diaper vans start lining up outside of Peter Parker's house. Those inside the van understand Wolverine is hiding in the residence but have no clue why. Peter puts on his Spider-Man costume before Wolverine ends his own life, confusing the team within the van. Before they can figure out what is going on, Wolverine comes back to reality, slashing their tires and running away, a curious Spider-Man following close behind.

Wolverine retraces his steps, arriving at the bullet torn diner he was attacked at. Wolverine questions the cook on how he knew of the impending attack on his diner. The cook had no knowledge, just a warning from the FBI taped to a 20 dollar bill. With this information, Wolverine makes his way to the one person he knows working for the government. Black Widow.

Black Widow is meditating in her SoHo apartment when Wolverine arrives. Wolverine questions why the government is after him, using his past relationship with Widow to gain information. Widow makes certain that her nor the Ultimates have anything to do with the hunt on Wolverine. Spider-Man arrives just as Wolverine readies to leave. On the rooftops, Spider-Man attempts to relate to Wolverine, saying his spider sense is a good reason to keep him around. Before Spider-Man's power kicks in, a missile blasts Wolverine into the horizon before exploding with him riding.

From Marvel Database, a Wikia wiki.
Retrieved from "https://heykidscomics.fandom.com/wiki/Ultimate_X-Men_Vol_1_35?oldid=1504116"
Community content is available under CC-BY-SA unless otherwise noted.