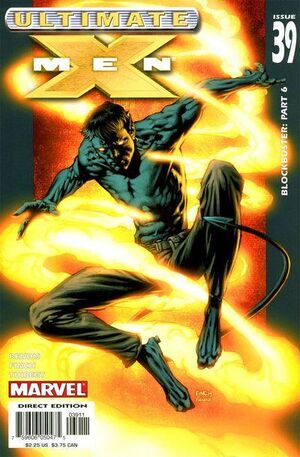 The X-Men find an exhausted Jean Grey laying in the middle of the field after her fiery attack on an enemy helicopter. Jean pushes everyone away, wanting to forget everything she just did. Nightcrawler teleports her back to the mansion to be under the care of Xavier.

Wolverine discovers the location of Tara. Nightcrawler insists he comes along, knowing it is Weapon X behind the attack and has his own score to settle. While Wolverine first denies them, Cyclops says this is a fight for all mutants and join the attack on Weapon X.

Tara struggles to continue her work while her employer wants to shut it all down. Her employer feels too much has been compromise and they have made to much noise to get Weapon X noticed. Although the group is torn on whether they want to continue with the hunt, a chill fills their hideout. The X-Men charge in, telling Tara to surrender. Tara refuses, killing her team before she takes the gun to her own head. S.H.I.L.D. comes in soon after, with Commander Dugan taking the lead. He scolds the X-Men for rushing into a mission that was not theirs to take. Dugan reveals that since Wolverine's face went public with the X-Men, they are at a higher risk of attack due to Wolverine's past.

Back at the Mansion, Jean is still recovering from her recent loss of control. She stares down at Wolverine, noticing this attack has taken a toll on him as well as he looks for something to hold on to.

Retrieved from "https://heykidscomics.fandom.com/wiki/Ultimate_X-Men_Vol_1_39?oldid=1462329"
Community content is available under CC-BY-SA unless otherwise noted.