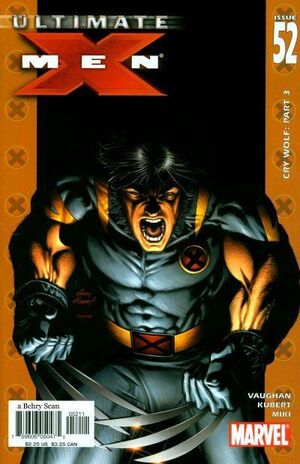 Rogue contemplates the von Strucker's proposal on joining their corporation. Having trusted the wrong groups in the past, Rogue is a bit skeptical about their offer on getting her to control her powers that she demands proof of this promise.

On the rooftops, Storm and Wolverine end their kiss, Wolverine unable to continue. While Storm thinks it is because of Rogue's kidnapping, Wolverine sets her straight, saying it is not a good idea for any of this to go down due to Wolverine's age and past. Even though Storm argues, Wolverine changes the subject, picking up on Gambit's scent. He tells Storm to go home as he follows his nose.

The von Struckers provide Rogue with a new costume to her dissatisfaction and confusion. The two command Gambit to attack Rogue. Gambit starts his attack as Rogue goes on the defensive. Gambit says all Rogue has to to is touch him and it will all be over. She refuses, not wanting anymore of his memories. Gambit provokes her farther, commenting on the new memories he has created just for her. To this, Rogue slaps Gambit away, the skin to skin contact not setting off her powers.

At Xavier's School, the students get antsy, their discomfort getting to them. Iceman creates ice sculptures of Gambit, destroying each one shortly after. Iceman wants to be out there with Wolverine, taking down the man who kidnapped Rogue. Kitty comes in assuring Iceman that Xavier is working in the quickest way possible to which he responds that Kitty is probably happy that Rogue is gone. iceman starts to blame the whole ordeal on the kiss he and Kitty shared. Dazzler escalates the situation, causing Kitty to jump at her, threatening to pull her brain out of her head. It is not till Cyclops breaks up the fight, everyone calms down, giving the silence needed for Xavier and Jean to track down Rogue.

Rogue refuses to join the von Struckers, wanting to learn how to control her powers on her own by earning the right to. The two do not take her decision lightly. Because she tried on the suit, the von Struckers say she cannot say no and she will work for them. Gambit defends Rogue, believing she had a choice in the matter. The twins power up, telling Gambit that they no longer need him and Rogue will be his replacement. They fire their energy at Gambit putting him down. Rouge's new outfit cancels out her power until she agrees to work for the twins. Gambit tosses a kinetic card at Rogue's chest, damaging the uniform and giving her her powers back. Rogue charges at the von Struckers, taking their powers and memories, and makes her escape with Gambit. After making it through the guards waiting for them in the lobby, Wolverine enters, ready to take down Gambit.

Retrieved from "https://heykidscomics.fandom.com/wiki/Ultimate_X-Men_Vol_1_52?oldid=1476061"
Community content is available under CC-BY-SA unless otherwise noted.