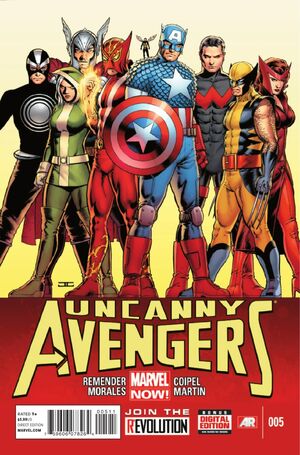 • Tension between the team builds as Havok’s leadership is questioned!

• The death of a major character at the hands of an Avenger in broad daylight!

Retrieved from "https://heykidscomics.fandom.com/wiki/Uncanny_Avengers_Vol_1_5?oldid=1645081"
Community content is available under CC-BY-SA unless otherwise noted.