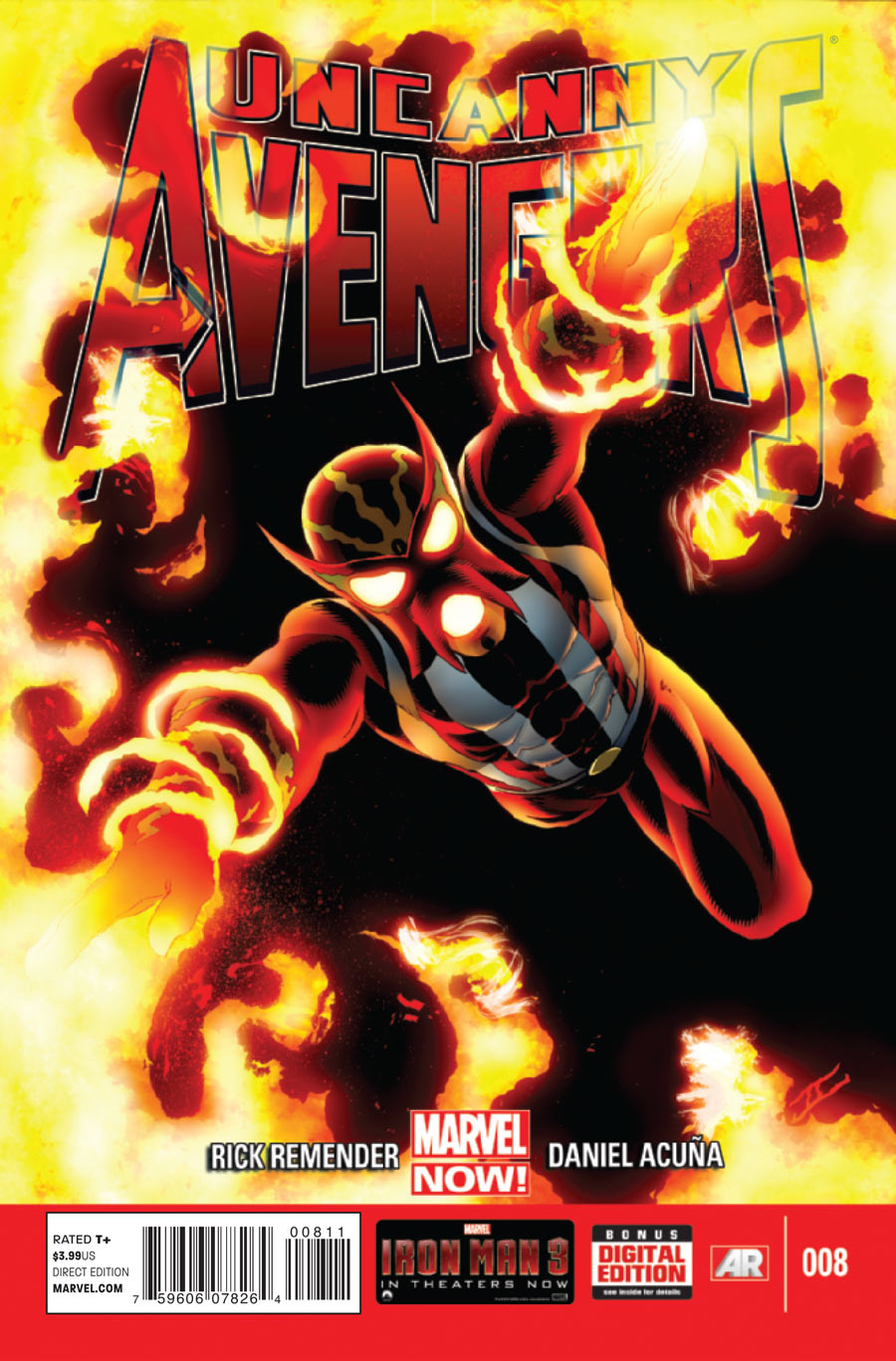 • Xavier is dead, now begins the age of The Apocalypse Twins! Now begins Ragnarök and it’s all Thor’s fault!

• S.W.O.R.D. Peak station is attacked by Apocalypse’s Ship! A Celestial’s fate so shocking, so impossible, it will rock the Marvel Universe to its core.

• This is it, Ragnarök is now and not even the Uncanny Avengers can hold it back!

Retrieved from "https://heykidscomics.fandom.com/wiki/Uncanny_Avengers_Vol_1_8?oldid=1462524"
Community content is available under CC-BY-SA unless otherwise noted.