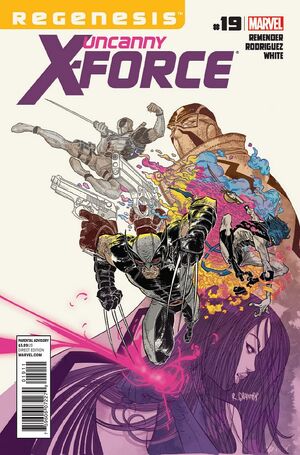 Appearing in "Live With This (Chapter 1)"Edit

The aftermath of The Dark Angel Saga! A member lost! New members gained! An Avenger discovers the secret of X-Force! Fantomex and Ultimaton must allow the world’s most powerful weapon to leave their care. Elizabeth Braddock must say goodbye to the man she loves. New friends must stand and make a suicide march. Next generation superstar artist Robbi Rodriguez joins Rick Remender to break your heart.