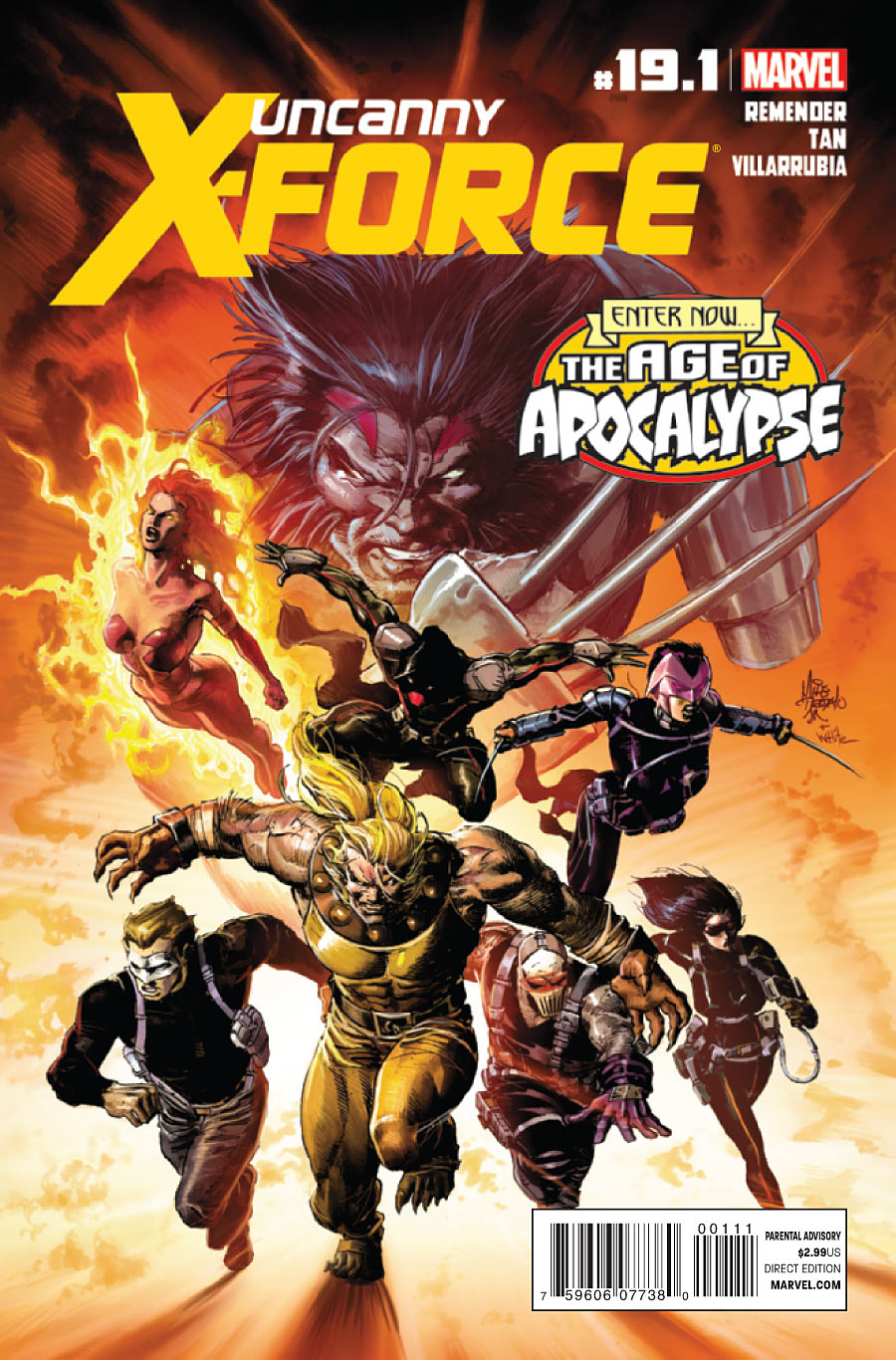 You'll do nothin', pumpkin. Whatever scheme you were cookin' up in here-- all you've done is erased your powers.

Once upon a time, there was a little boy who believed in God and wanted to be just like his daddy. Then mutants came and killed millions and took over the world. When his father died in the immediate aftermath, the boy lost his faith in God, and decided to become very good at killing his opponents.

Today, a random reprogrammed Sentinel has been sent to kill humans. The Akkaba Society use such events to keep the masses entertained, but one of the humans managed to use holes in the Sentinels prgramming to to destroy it. This man is little William, grown-up. He is Prophet.

After his victory, Prophet meets Sabretooth and Phoenix, of the X-Men. The other X-Men who went to the other universe with them are dead, and the only survivors of the group who stayed behind were forced to give up the location of Vestry, the last city of the humans. Without a fight there, humanity has no hope.

At the Vestry, Fiend is taking Rogue and Magneto to see something. Vestry is about to be attacked by Weapon X and his forces, but they have a plan: Jean saw that in the other universe, Wanda Maximoff turned off the mutant gene. If they can replicate the process here, maybe humanity can fight back and peace can be achieved.

The plan hinges on a clone of Wanda created by humans after a trial-and-error process that left the lab speckled with the blood of Magneto's daughter. Magneto expresses his distaste with their methods by wrecking the lab, giving them only one chance at the attack.

Suudenly, the Black Legion attack Vestry, killing civilians until the arrival of the survivng X-Men.

The X-Men regroup. Jean Grey has to link with Wanda's mind. Everyone else works to keep her safe when Weapon X shows up to kill them all. Grey gets the job done, but in the meanwhile, Rogue and Magneto are killed.

Unfortunately, the clone is so underpowered that the depowering effect only works on the people in the room at the time - Jean, Sabretooth and the clone itself. Prophet suddenyl appears, distracting Weapon X long enough for him to get everyone out by a back way.

As they get out, Jean Grey ponders the comment that without a fight, humanity has no hope. Prophet reveals his plan: let Weapon X destroy Vestry to stop him a future date. As the Vestry is exploded, he explains that humanity has hope, even if its last great city does not.

Retrieved from "https://heykidscomics.fandom.com/wiki/Uncanny_X-Force_Vol_1_19.1?oldid=1462880"
Community content is available under CC-BY-SA unless otherwise noted.