Part of the 'The Apocalypse Solution' story arc 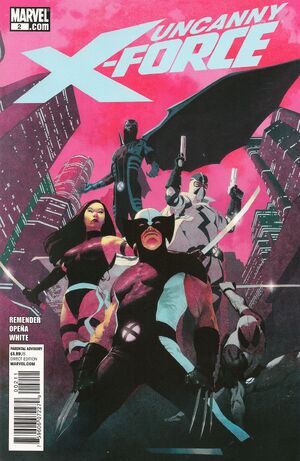 “THE APOCALYPSE SOLUTION,” PART 2 The X-Force are in deep trouble. Stranded in the Blue Area of the moon at the hands of the Last Horsemen, EVA decimated, the team scattered, diseased and terribly injured, the situation is beyond hopeless. Ozymandias and the Akkaba Society are a step closer to instigating a new age. Apocalypse is ascending. X-Force is down, outmanned and without aid. That’s it – someone’s going feral.

Retrieved from "https://heykidscomics.fandom.com/wiki/Uncanny_X-Force_Vol_1_2?oldid=1649414"
Community content is available under CC-BY-SA unless otherwise noted.