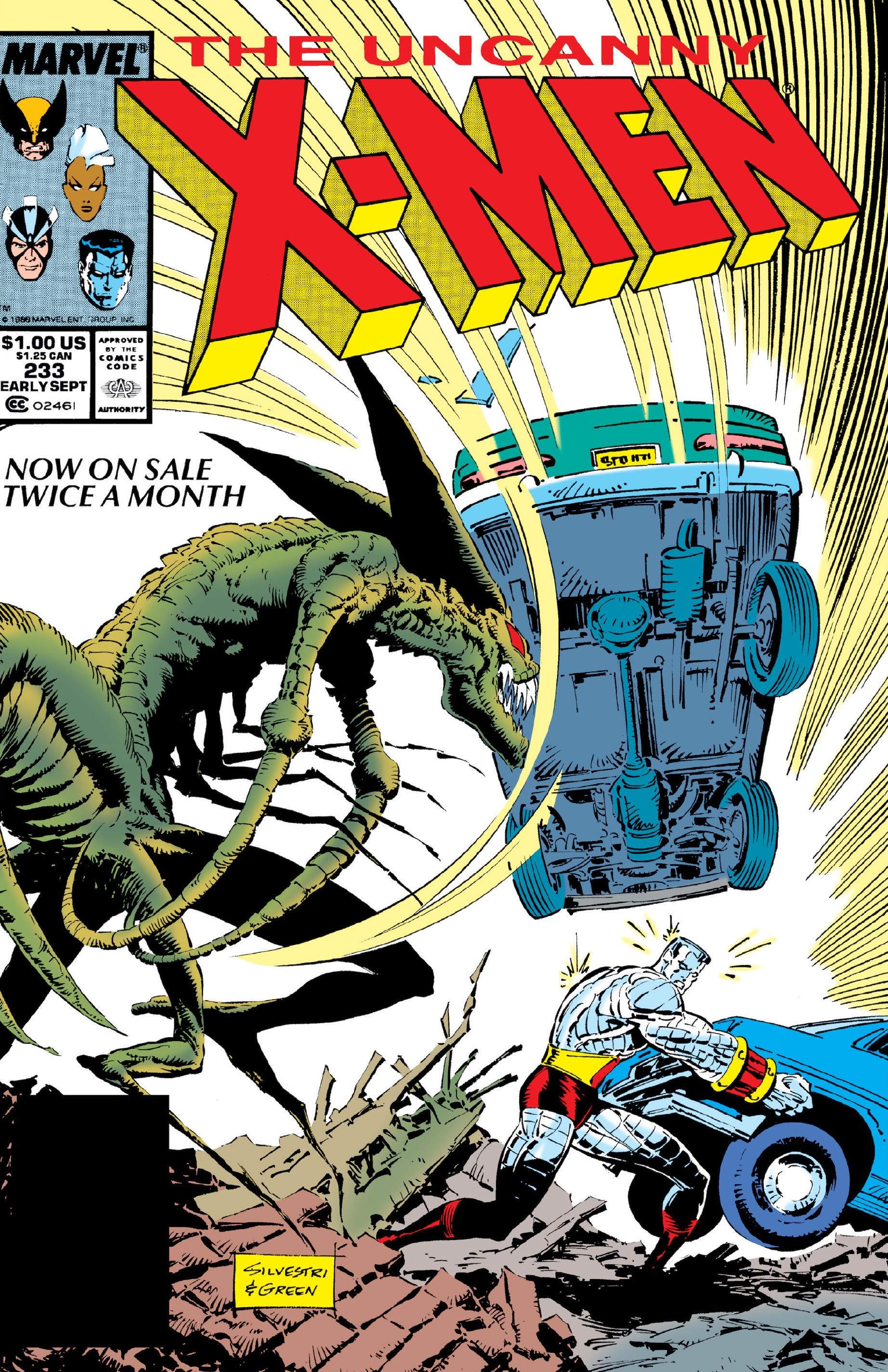 ... this is what I have been most afraid of, ever since I first manifested my powers -- using it to kill.

Appearing in "Dawn of Blood"Edit

Synopsis for "Dawn of Blood"Edit

The X-Men have tracked Harry Palmer -- a man infected with a Brood queen embryo -- to Denver, Colorado where they have been tricked into being ambushed by all those he has since changed over to Brood. In a dead end alleyway, the X-Men are surrounded by partially transformed humans whom to their surprise all turn out to be mutants, all part of the Brood's plot to take over the world. Palmer sends his minions on the X-Men to capture or kill them. Colossus squares off against a super-strong Brood known as Brickbat. While Storm is attacked by a Brood who can extend it's limbs named Tension, and then has he will submitted by a pheromone emitting Brood named Temptress.

In a panic, Storm uses her powers to escape before she is completely enthralled, but she is soon chased after by a flying Brood named Dive-Bomber. Havok is about to blast the Brood, but stops short of doing so when he wonders if blasting the creature would kill the innocent person whom is the vessel for the Brood creature. Meanwhile, Rogue tussles with Temptress and when the Brood touches her bare skin, Rogue absorbs her psyche and powers and is under Brood's control, using Temptress's stolen powers to ensnare Psylocke as well. As Colossus continues to battle Brickbat, Wolverine finds himself easily bested in battle by the possessed Rogue and Psylocke thanks to an assist by paralyzing Brood known as Lockup. This leaves Logan open to being infected with an embryo by Palmer, who hopes to track down their leader Storm and infect her with a Brood Queen.

As the battle rages, at the Red Rock's amphitheater, construction is underway for Reverend William Conover's Glory Day Crusade that is scheduled to occur that night. Among those in attendance is Josey Thomas -- Harry Palmer's partner, who ignores calls from her ambulance radio to go to the site of the X-Men's battle against the Brood. Meanwhile, William Conover spends the time before his show gazing at the stars and taking in the beauty of God's creation. When he is joined by his wife Hannah, they talk about the battle that is happening in downtown Denver and rumors that it's caused by mutants. Conover feels bad for mutants, who are like any minority group and that they should not be persecuted and be allowed to live as free as anyone. When he notices his wife struggling to pour them tea due to her arthritic hands he wishes that he had some power to heal her affliction. While back in Denver, news crews have arrived on the scene and begin filming the battle between Colossus and Brickbat. To their surprise, their cameras only pick up images of the Brood warrior and not Colossus. However, they continue filming until the battle trashes the news van, cutting off the video feed of the battle. While high above, Storm tries to get away from Fly-Boy, who decides to change his tactics: He attacks a passing commercial airliner, prompting Storm to knock him out of the sky and then use her powers to save the plane from a disastrous crash, making it land safely at Denver airport. This leaves her open for an attack from Flyboy, who knocks her out.

While elsewhere, Madelyne Pryor is caught in a vision where she lives as an angelic free spirit with her husband Scott and their son Nathan. When Gateway (having come to investigate the explosion inside the X-Men's base) invades her dream, "Scott" changes into costume and blasts him causing him to disappear in a burst of flames. In his place is a featureless woman. Scott goes to this woman and kisses her, then removes Madelyne's wings and facial features to recreate the featureless woman into Jean Grey. He apologizes to his wife, tellig her that he loves Jean and the two take her son and leave, leaving the featureless Madelyne in a vast desert alone and abandoned.

While back in Denver, Fly-Boy and Storm's battle takes them back to the main conflict downtown. When Havok realizes Storm's in danger of losing the fight he is forced to use his powers to slay Fly-Boy. At this point, Colossus has just succeeded in beating Brickbat to death as well. With these casualties, Palmer orders his Brood minions to pull back, ordering Psylock and Rogue to protect Wolverine while he undergoes his transformation into Brood, but vows to pay the X-Men back in blood. In the battle's aftermath, Havok watches in horror as the partially transformed Fly-Boy returns to his human form. Mortified that he killed an innocent man, Storm tells Alex that the human side of Fly-Boy was murdered the moment that Palmer infected him with a Brood embryo and what he did was a mercy killing. She tells her fellow X-Men that they have to destroy the Brood no matter what otherwise the Earth is doomed.

Retrieved from "https://heykidscomics.fandom.com/wiki/Uncanny_X-Men_Vol_1_233?oldid=1494033"
Community content is available under CC-BY-SA unless otherwise noted.