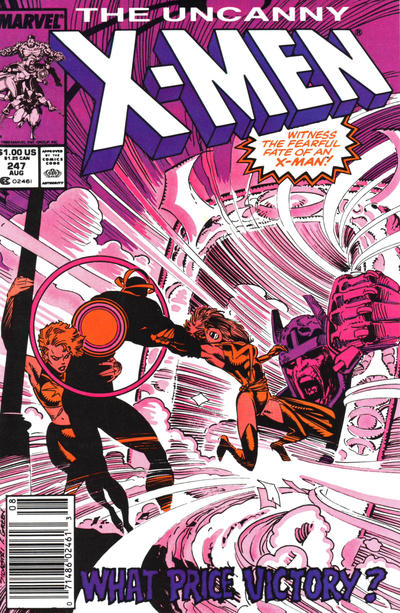 Appearing in "The Light That Failed"Edit

Synopsis for "The Light That Failed"Edit

Before it is able to deal a death-blow to a beaten Rogue, the Master Mold finds itself under attack by the newly arrived X-Men. Using teamwork, the X-Men are able to apparently destroy the Sentinel, only to realize the battle has already taken the life of an innocent; Senator Kelly's wife, Sharon. With little warning, the Master Mold springs back to life. Using newly generated defenses and weapons, the rejuvenated Sentinel seems more than a match for the X-Men. Realizing that she still has the Siege Perilous in her possession, Dazzler throws the crystal amulet toward the Sentinel. The Siege Perilous grows to a tremendous size, large enough for the Master Mold to pass through. Rogue, sensing Dazzler's plan, uses her powers to push the Sentinel through the portal, but not without being dragged inside with it. Kelly blames mutants for his wife's death and ensures Shaw that his Sentinel project will get all required funding. Elsewhere the Reavers are plotting revenge on the X-Men, unaware that they are being watched by Nanny and the Orphan Maker, who want the X-Men for themselves.

Retrieved from "https://heykidscomics.fandom.com/wiki/Uncanny_X-Men_Vol_1_247?oldid=1506277"
Community content is available under CC-BY-SA unless otherwise noted.