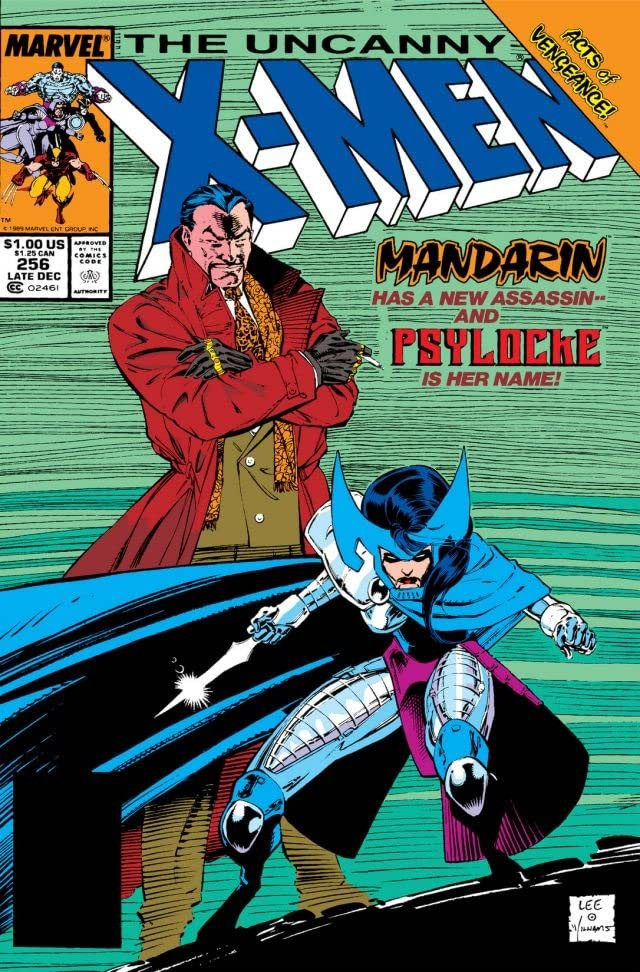 A guild of assassins needs employment. Just as a great lord, Mandarin, needs spies to seek out his enemies. And executioners to deal with them. In Psylocke, you have both.

Appearing in "The Key That Breaks the Locke"Edit

Synopsis for "The Key That Breaks the Locke"Edit

In Hong Kong, Matsu'o Tsurayaba approaches the Mandarin with an offer of an alliance between his organization and the Hand, a ruthless clan of assassins. Matsu'o's deal is for the Hand to help the Mandarin build an empire unparalleled by any in the past, in exchange for gainful employment in its service. To begin their alliance, Matsu'o offers a gift; that of an ultimate assassin. This assassin is Psylocke.

What follows next is a surrealistic "dream" sequence as Betsy relives details of her life, undergoes a physical transformation from British to Japanese at the hands of the Body Shoppe (with nightmarish versions of Spiral and Mojo causing the transformation) and her being set against her teammates, who she murders in order to obtain each of Mandarin's ten rings. In the end, Psylockes defeats Mandarin himself (who takes the form of Slaymaster) and it is revealed that the "dream" was a sensory deprivation brainwashing experiment that the Hand used to finalize their assimilation of Psylockes into their organization. In the end, she returns the rings from Mandarin, who she pledges her undying loyalty towards.

Retrieved from "https://heykidscomics.fandom.com/wiki/Uncanny_X-Men_Vol_1_256?oldid=1403782"
Community content is available under CC-BY-SA unless otherwise noted.