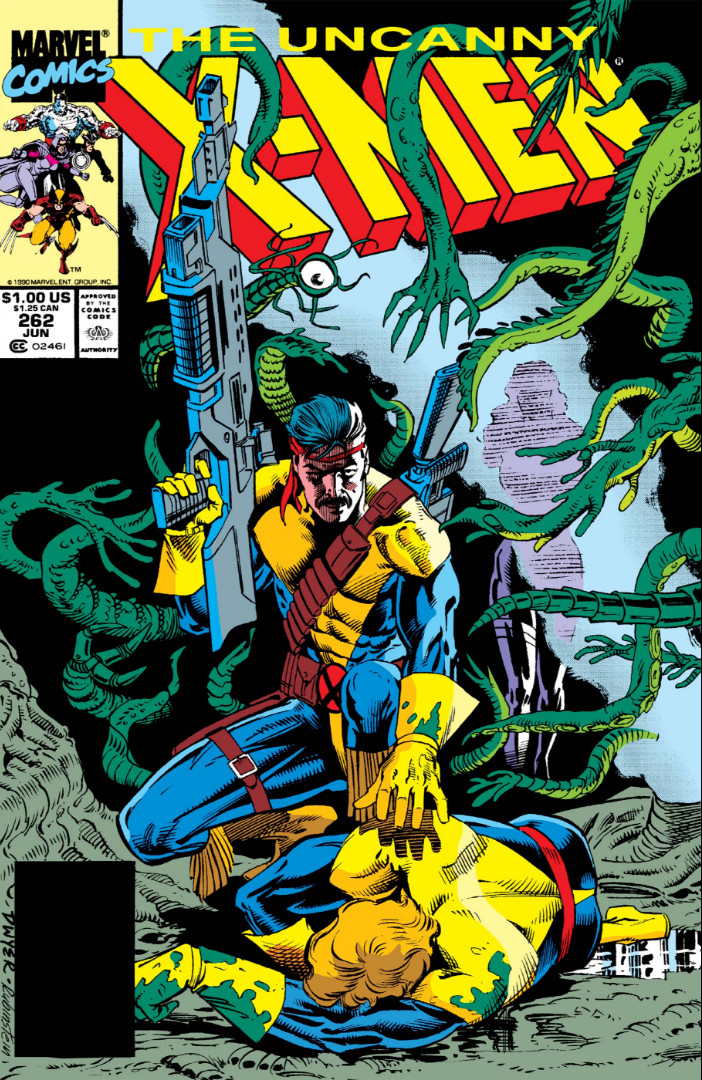 I'm sorry Forge... Sean can't speak for himself right now. I'm afraid, since you saw us last... there have been some changes.

Banshee and Forge enter the Morlock tunnels to save an unconscious Jean Grey from the monsters that abducted her. Later, the three of them compare notes. Jean learns of the events that took place on Muir Isle and reveals that she knows for a fact that the X-Men are alive. They decide to relocate to X-Factor’s ship but, once Jean and Banshee step out of the room, they are teleported away. Using a scanner, Forge follows them into the Morlock tunnels. Recalling his own past in the Vietnam War, he comes across and fights several monsters with X-Men faces. To save Banshee, he is even forced to kill a Storm look-alike. Jean assures him that was not Storm, and he sees that both Jean and Sean have been horribly altered. In Washington, the chief of staff and Valerie Cooper have a clandestine meeting with Genoshan officials, who demand Jenny Ransome and Phil Moreau be handed over to them. They also inform Cooper that they intend to punish the X-Men for their attack on Genosha. Val and Seward worry that this might lead to a war – a war the USA wouldn’t necessarily win. In Soho, artist Peter Nicholas runs across the mystery woman again. She finally appears in his loft, joined by the Morlock Masque, who teleports the three of them away. In California, the Reavers destroy a faculty owned by Emma Frost, the Hellfire Club’s White Queen. They intend to destroy as much property of Emma’s as they have to, until they finally catch up with her.

Retrieved from "https://heykidscomics.fandom.com/wiki/Uncanny_X-Men_Vol_1_262?oldid=1499274"
Community content is available under CC-BY-SA unless otherwise noted.