Start a Wiki
Part of the 'House of M' event 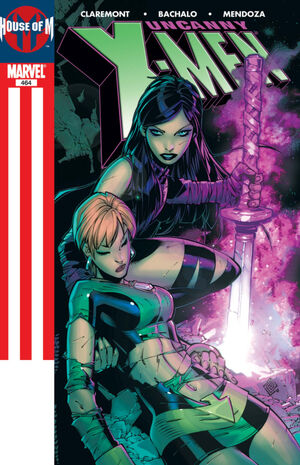 Appearing in "Season of the Witch Part 3 of 4: To Die For"Edit

Below is the repetition of the Earth-58163 characters, so that they still have appearances in this comic, but aren't shown on the page

Synopsis for "Season of the Witch Part 3 of 4: To Die For"Edit

Retrieved from "https://heykidscomics.fandom.com/wiki/Uncanny_X-Men_Vol_1_464?oldid=1629676"
Community content is available under CC-BY-SA unless otherwise noted.