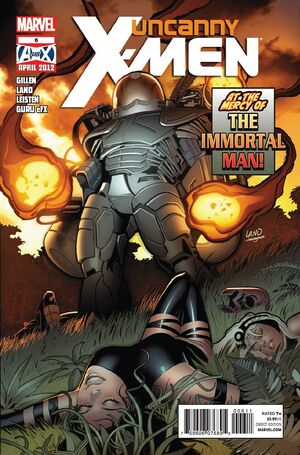 • TABULA RASA Part 2, Cyclops and his team delver further into a world where evolution has run rampant. • A new foe is revealed, who will show the X-Men just how out of date homo superior really are!

Retrieved from "https://heykidscomics.fandom.com/wiki/Uncanny_X-Men_Vol_2_6?oldid=1645931"
Community content is available under CC-BY-SA unless otherwise noted.