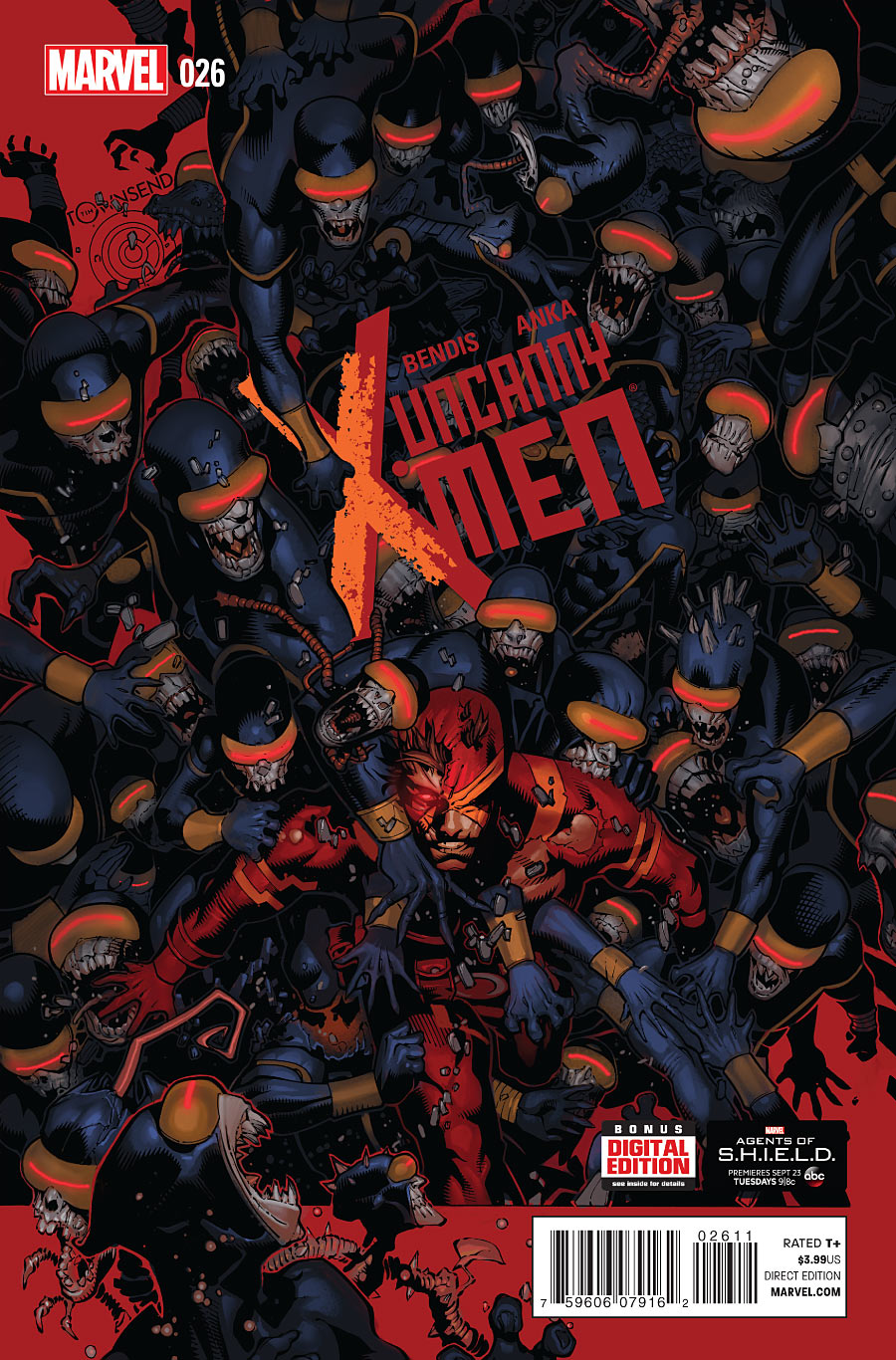 And he's more than an omega level mutant. He's more powerful than any mutant signature we have seen before.

Appearing in "The Last Will and Testament of Charles Xavier: Part 4"Edit

• Scott Summers has swiftly become one of the world’s most wanted men.

• With one simple act, he destroyed the life he knew and must now remain constantly vigilant in case of attack.

• But is the greatest threat to his safety lurking within the dark recesses of his own mind?

Retrieved from "https://heykidscomics.fandom.com/wiki/Uncanny_X-Men_Vol_3_26?oldid=1463077"
Community content is available under CC-BY-SA unless otherwise noted.