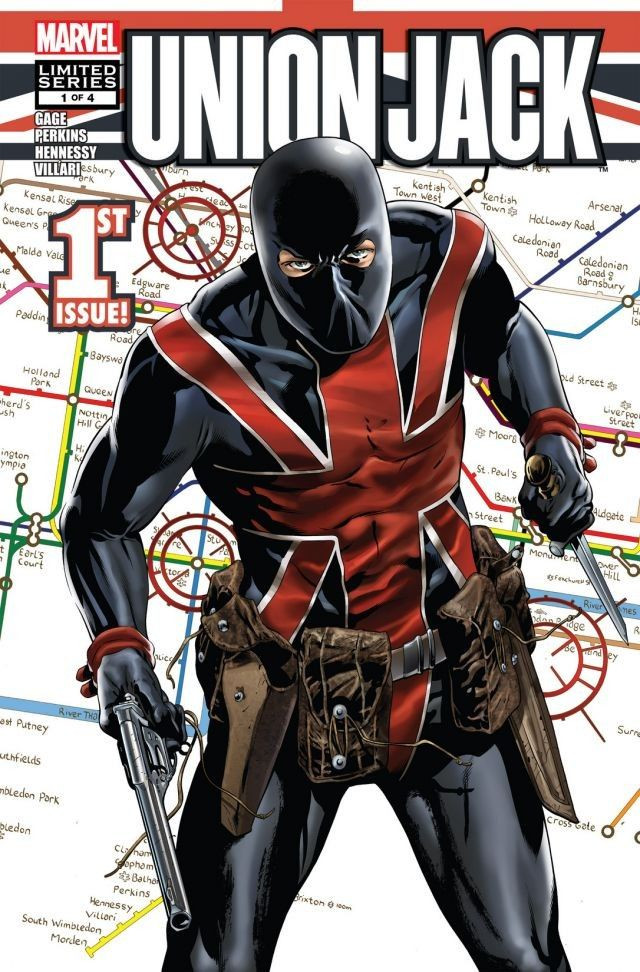 Appearing in "Enemies Of The Crown"Edit

Britain's premier super hero has mere hours to prevent multiple terrorist attacks on London by an army of super-villains! UNION JACK leads SABRA and the new ARABIAN KNIGHT into battle! But when his boss at MI5 risks innocent lives to bring down the enemy, Union Jack faces a tough choice--and the fate of London itself rests on his decision.

Retrieved from "https://heykidscomics.fandom.com/wiki/Union_Jack_Vol_2_1?oldid=1473301"
Community content is available under CC-BY-SA unless otherwise noted.