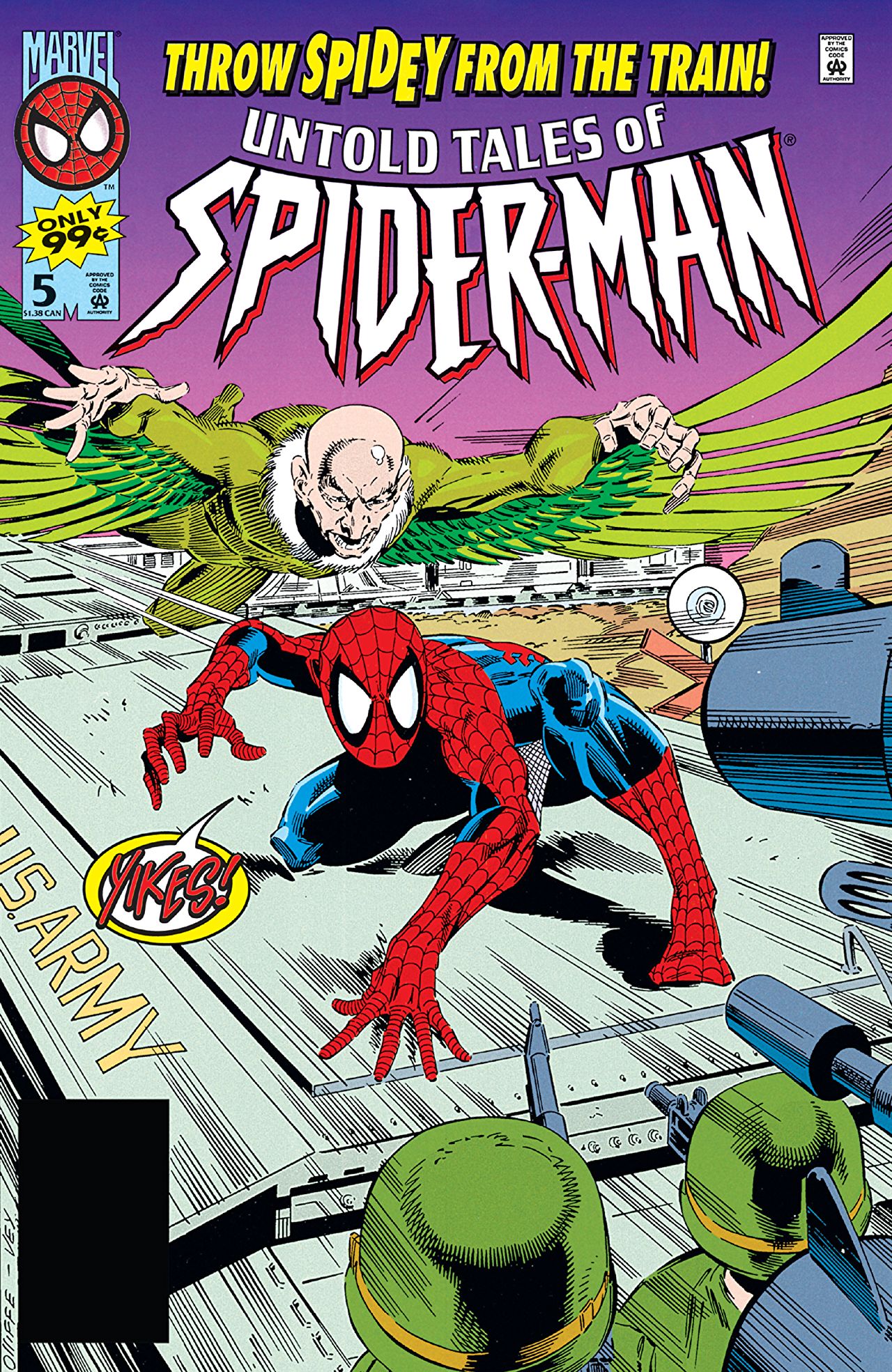 Appearing in "Vulture on the Wing!"Edit

Synopsis for "Vulture on the Wing!"Edit

Spider-Man hears that his old foe the Vulture has escaped from prison, and immediately chases after him. The Vulture evades his grasp, but not before issuing a challenge. His target will be the U.S. Army's new atomic accelerator, and it's up to Spider-Man to stop him.

With his glasses recently broken by Flash Thompson, Peter chooses not to wear them anymore, since his spider-powers had long since corrected his vision. While undergoing more torment from his classmates, Liz reveals that she thinks Peter is not a bad-looking guy.

As Spider-Man, Peter warns General Thunderbolt Ross of the Vulture's plans to steal the Army's new device, but the General turns a deaf ear to him.

Back at school, Peter's bag -- with his change of clothes -- is stolen by his classmate Jason. Liz and Tiny stick up for Peter, who easily swipes the bag back.

When Spider-Man shows up to help the Army fend off the Vulture, he is captured, leaving the atomic accelerator an easy target for his winged nemesis. Finally freeing himself, Spidey battles the Vulture and finally forces him to let go of the device, with the option of being hit by an oncoming train.

Although the Vulture escapes, Spider-Man secretly returns the atomic accelerator to General Ross, while Jason Ionello comes up with a plan to earn his classmates' respect.

Retrieved from "https://heykidscomics.fandom.com/wiki/Untold_Tales_of_Spider-Man_Vol_1_5?oldid=1719775"
Community content is available under CC-BY-SA unless otherwise noted.