Vengeance of the Moon Knight Vol 1 10 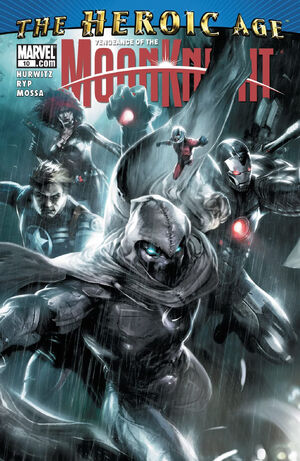 “TEAM PLAYER” Moon Knight embarks on his first adventure with Steve Rogers’ new Super-team: The Secret Avengers! Captain Barracuda and his crew of pirates that have hijacked a tanker transporting two million barrels of crude that’s worth north of two-hundred mil on the open market and executed 9 hostages just to show they’re not playing around. But neither are Steve Rogers, War Machine, Valkyrie, Ant-Man and their newest recruit, Moon Knight. They’re ready to rumble…and if that means taking on Barracuda’s reinforcements – a legion of creatures from the bowels of the deep blue sea – so be it.