Vengeance of the Moon Knight Vol 1 2

View source
Part of the 'Shock and Awe' story arc 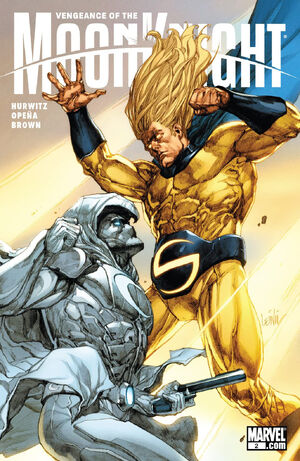 Appearing in "The Sentry's Curse"Edit

Moon Knight is back in the Big Apple to pick a fight with the man who chased him out of town in the first place: Norman Osborn. Freed of his demons and armed with an arsenal of incredible new weapons, Moon Knight is throwing down the gauntlet to his old nemesis. Is Osborn ready for Round Two? Uh….yeah. The real question is, is Moon Knight ready for the Sentry?