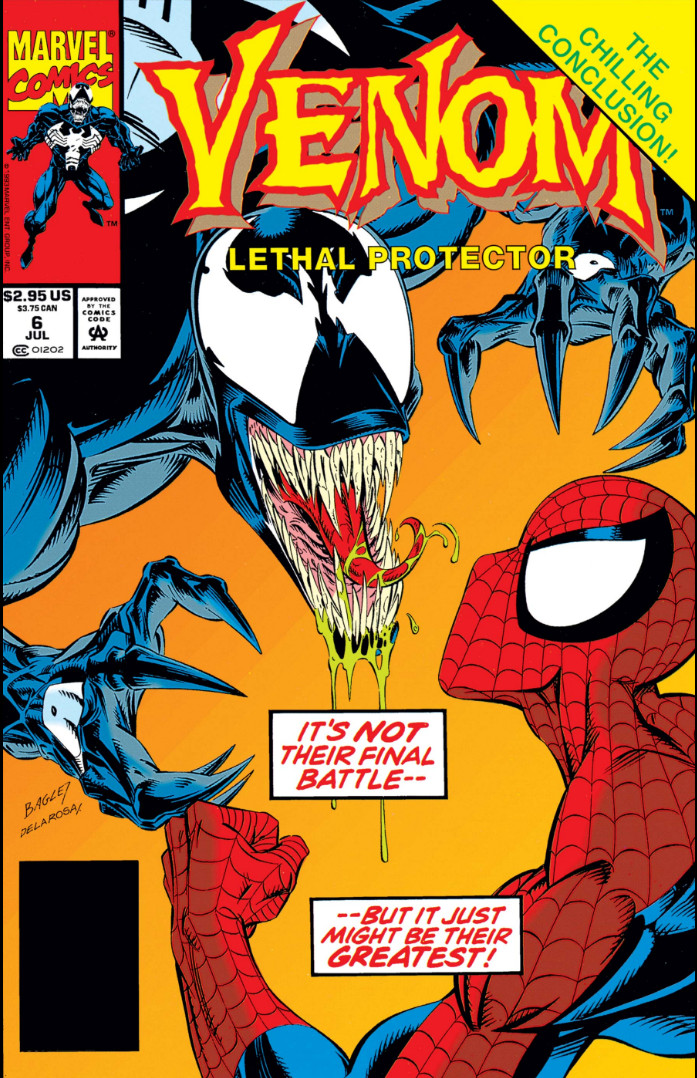 The covers tagline: "It's not their final battle, but it just might be their greatest!" is a bit misleading. Spider-Man and Venom only scuffle once, when Spider-Man lands one kick, and one punch to Venom, who throws him off and pleads for his help

Retrieved from "https://heykidscomics.fandom.com/wiki/Venom_Lethal_Protector_Vol_1_6?oldid=1723945"
Community content is available under CC-BY-SA unless otherwise noted.